You might have heard a few things about Chinese New Year already. You’ve probably heard about the firecrackers and maybe even the money in red envelopes that older members of the family give to young children to celebrate the festival.

And as you would expect with a major family festival, it involves a big family meal and lot of trips to see relatives.

But there are other things about the Spring Festival that are less widely-known, so with the new year just around the corner, I want to take a look at some of the aspects of the festival I’ve found out since coming to China that you might not know about.

1. The traditions are different all over China 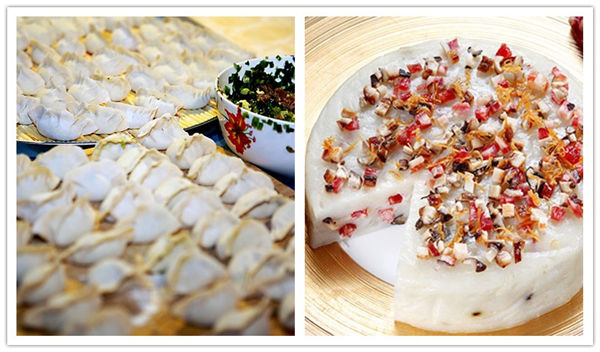 As China is such a huge and diverse country, some of the new year traditions are different in different parts of the country, and one of the biggest differences is in the food eaten at the New Year’s Eve meal.

In northern China, people usually eat dumplings as one of the main foods, and they will often hide coins in some of them. If you get a dumpling with a coin in the stuffing, then it is thought that you will be wealthy and prosperous in the year to come.

In the south of China, people often eat rice cake (called 年糕niángāo in Chinese), made of glutinous rice flour. The word ‘年糕’ also implies that you will rise in status with every year. In some of the southern provinces, like Guangdong, Guangxi and Fujian, people even put rice cakes in a hotpot, something that you don’t see in northern China.

2. There is a tradition of going home wearing new clothes 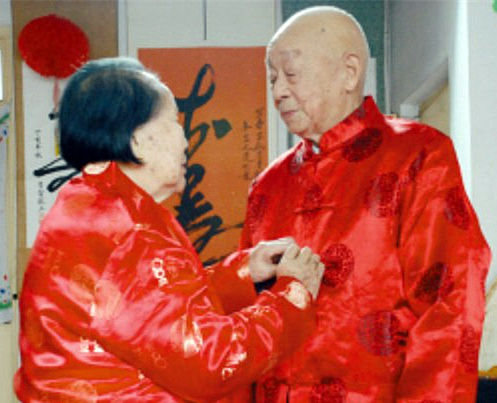 In China, it is traditional to buy new clothes before the New Year to wear during the festival, because it symbolises a new start for the new year. Ideally, everything you wear from head to toe should be a new purchase.

Chinese people also like to clean the whole house to prepare for the festival and welcome in the new year. Others will freshen up their appearance and get a new hair cut. Hair salons raise their prices dramatically before the new year to take advantage of this!

3. It can be incredibly difficult to get a train ticket 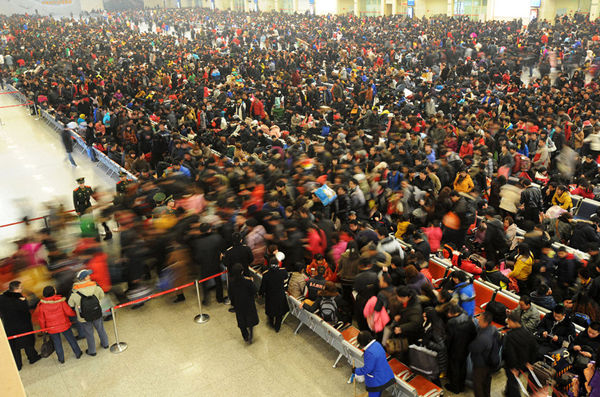 Chinese New Year is the time when all Chinese people go home to their families, and many people are living and working hundreds of miles away from their families, especially migrant workers who move from less developed areas to find work in the big cities. All of these millions of people travelling on the same dates puts huge pressure on the railway system.

Before I came to China, I had seen photos of crowded train stations and people travelling with huge amounts of luggage, but I had never thought about the practical issue of securing a train ticket.

In the last few years, you have been able to buy train tickets online, and as soon as sales open, all the tickets to key places are generally snapped up within just a couple of minutes. It’s like the biggest music festival or event in the world. Everybody is competing for the same thing!

I’m pleased to say that I have managed to get tickets every year in the end, waiting patiently for more tickets to be refunded or released.

4. You can rent a girlfriend to take home to your family 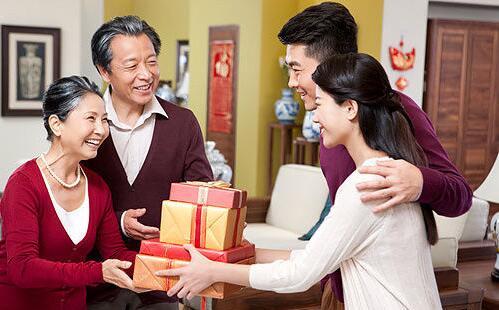 There have been a lot of posts online written by people venting their frustration about the pressure from their parents and extended family at New Year to find a girlfriend / boyfriend and get married. For single Chinese people in their 20s or even 30s in China, Chinese New Year can be a stressful time.

There have even been stories in the media of stressed-out bachelors ‘renting’ a girlfriend online for a large sum of money to take home to their family. I’m not sure if the families were convinced! 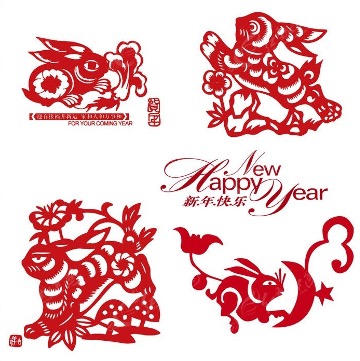 In the West, the Chinese animal signs are fairly well known, but if you come to China around the New Year, you will see the animal to the year to come wherever you look.

I remember when it was the year of the horse, there were horse toys on sale in all of the shops, and everybody was using four character phrases containing the character for horse. There were horses all over the television shows and parodies on social media.

This year (2023) is the Year of the Rabbit, and I have already seen dozens of soft toy rabbit.

If your animal sign is the same as the one for the coming year, then it is traditional to wear red. A lot of people don’t want to dress fully in red, so they will just wear red socks or even red underpants. If you’re really traditional, you should wear red every day of the year, but I haven’t seen anybody doing that so far.

6. Everybody stays up to watch the same TV gala 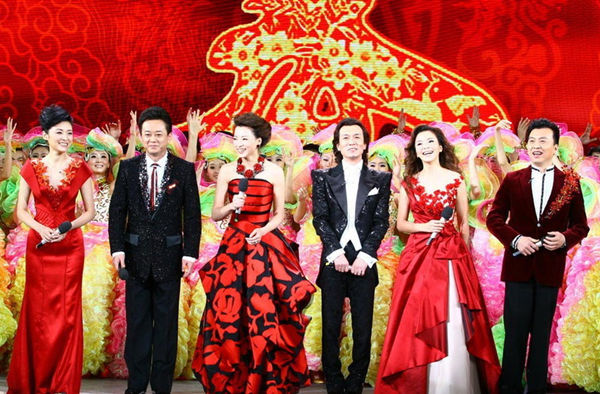 On Chinese New Year’s Eve, it’s traditional to stay up late to see in the new year, and to keep everybody entertained, there is a major New Year Gala on Chinese state television.

When I came to China, I was surprised to find that all across the country, people are glued to the same show, which is a mixture of traditional performances, comedy and singing. Because it is on state TV, it also has a lot of political elements to it. The best way to describe it is something like a variety show, and it’s one of the most-watched programs anywhere in the world. To get on it is a huge achievement, and in recent years, I was surprised to see Western stars like Celene Dion make appearances singing Chinese songs!

New year red envelopes with lucky money inside them (called 红包 hóngbāo in Chinese) are usually given by parents or older relatives to young children. Older children who are earning their own money also give them to elderly relatives and to the older generation.

But what you might not know is that red envelopes have now gone digital! In the last year or two, sending lucky money using the messaging app WeChat has become a craze, with people scrambling to snatch them up. You don’t have to send money directly to one person, either. You can set up a chat group with all your friends, send 100 yuan in total between 6 people, and everybody has to try their luck to see how much they get. It has become a new online game, and one that is highly addictive!

Major companies have also jumped on the bandwagon by offering thousands of red envelopes online to be snatched up in viral marketing campaigns, which have been huge successes.

8. It’s important to eat fish as part of the New Year’s Eve meal 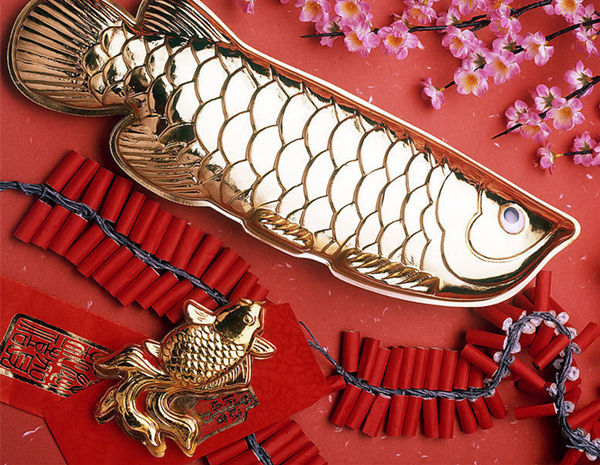 I already mentioned that eating dumplings for the new year is important in northern China, but fish is also a crucial part of the New Year’s Eve meal, because the word for fish in Mandarin is 鱼(yú), and it sounds the same as the character 余(yú), which means surplus, and is used in the phrase 年年有余 (may you have a surplus every year).

For this reason, fish has an important symbolic place in the New Year’s Eve banquet, and it can’t be left out.

I hope you enjoyed my round-up of lesser-known Chinese New Year facts. It’s almost time to start hanging up the lanterns and preparing provisions for the festival, so lastly, let me wish you a very happy Chinese New Year, and a prosperous year to come! 新年快乐(xīnnián kuàilè)!

Chris Parker has been speaking Mandarin since 2006. He has worked as a translator and simultaneous interpreter between Chinese and English, and has taught interpretation in the UK and in Beijing. He now works in the media, specializing in international communications strategy. He also has his own blog and Facebook page on learning Chinese.