How to Speak with Numbers in Chinese 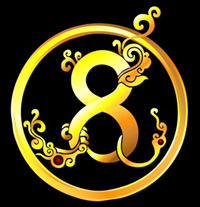 Generally speaking, Number 2, 3, 5, 6, 7, 8, 9 are considered to be lucky numbers in China. Even numbers like 2, 6, 8 are generally considered luckier than the odd ones.But an even number, 4, is categorized as unlucky even though it is an even number, because its pronunciation rhymes with the Chinese word “死” (Sǐ in Chinese) meaning “death”.

Similarly, number 9 is categorized as Chinese lucky number because its pronunciation rhymes with the Chinese word “久” (Jiǔ in Chinese) meaning “longlasting”.

Whether a number is considered lucky or unlucky is often related to the similarity between the pronunciation of the number and the sound byte of another word which carries a positive connotation.

In large cities, auctions lure hundreds of buyers with special numbers set aside by mobile phone companies. Certain sequences are highly sought because they sound like Chinese phrases in different dialects. In Mandarin, the popular sequence 518 can be interpreted as, “I want to prosper,” and 168 sounds like, “A road of prosperity.” In Cantonese, the sequence 289 sounds like, “Easy long-term prosperity.”

The number 8, pronounced ” Bā” in Mandarin, is considered desirable because it rhymes with the word for prosper, ” Fā” In Mandarin, the number 9 is pronounced identically to the word for long-lasting, ” Jiǔ.” Thus Sept. 9, 1999, was a particularly popular day for Chinese weddings.

The number 6 is popular for a variety of reasons. Depending on the dialect, its interpretation ranges from “longevity” to “joy.”

On Chinese lucky numbers are based much of Chinese customs and traditions. As such, the lucky number is not always expected to bring good luck but having it brings satisfaction to the person.