As in many other languages, Chinese has multiple words that each have multiple meanings, also known as polysemy. These polysemantic words convey several concepts at once, and can mean one of many things at the same time. One common example is 面 which means “side”, “surface” or “face”. 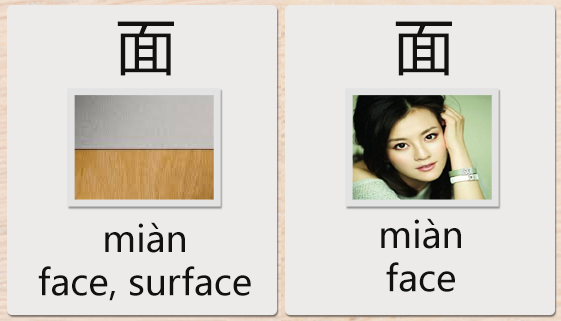 面(miàn) is not the only important Chinese character related to the body. What is the most interesting about these bodily characters is that their pictographs are often very similar to what they actually mean.

For example, look at the word 口(kǒu) [ link to the 4th post ]. Similarly, the ancient written form of 耳(ěr) looks like a human ear, and that of 足(zú) reminds a foot. It is commonly thought that 手(shǒu) is written to resemble the shape of a hand’s five fingers (but remember not to confuse 手(shǒu) with 毛(máo), which was composed to look closer in resemblance to a feather). 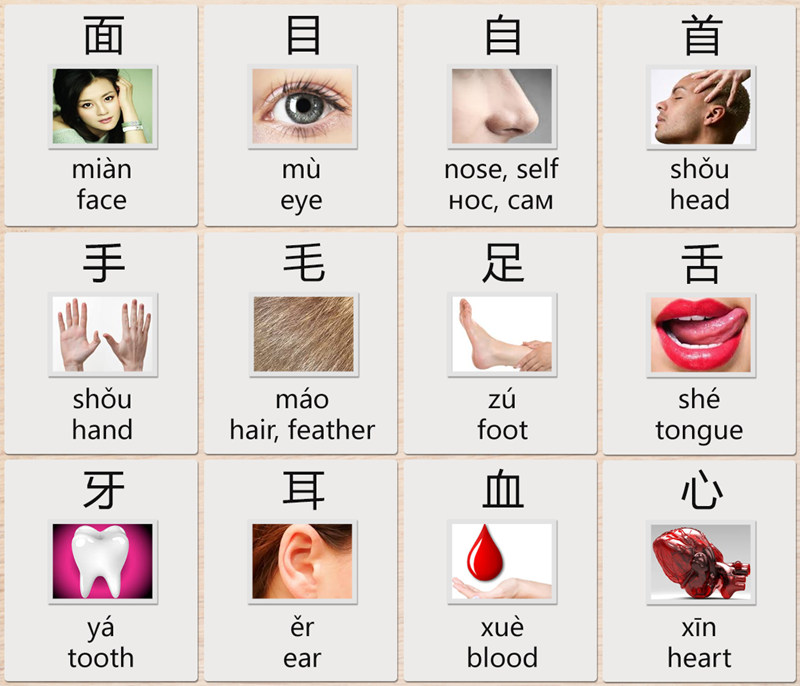 目(mù) looks like a human eye on its side, with its left end at the top and the right end at the bottom. Nowadays, it is not used as a standalone word, but it is still used as a part of some important Chinese words, like the following:

Beginners often confuse 目(mù) with 自(zì), which instead refers to one’s “nose”. The character was derived from the resemblance of a human nose, but its meaning extended over time to also refer to one’s “self”. This may be because when one speaks about one’s self, a person often points to his or her nose. 自(zì) is used as a part of the commonly used word自己 (zì jǐ) – oneself, one’s own.

Another one character that should not be confused with 目(mù) and 自(zì) is 首(shǒu), written to resmemble the shape of a human head. 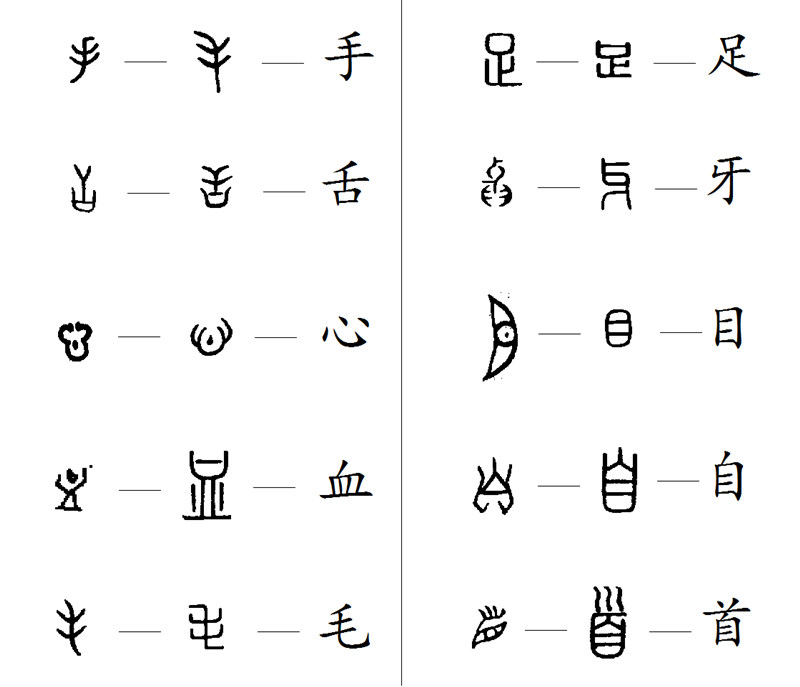 The character 心 (xīn), standing for the heart, was probably not a recognizable object in the ancient times. It is most likely a pictograph that originally referred to the entire torso, understood to have the heart inside it. As for血 (xuě), which means blood, it is probably a pictograph for a basin of sacrificial blood.

Memorizing these symbols is crucial for further study of Chinese, because many of them are used as radicals in compound characters!