Agriculture developed very early on in ancient China. Since that time and until very recently, the majority of the population was made up by farmers. Agriculture is still central to national policy and makes up the basis of ordinary life for millions of people.

Unsurprisingly then, many characters linked to agriculture, farming and nature are central to Chinese language. If you look carefully, lots of characters actually look like agricultural implements! Others have sometimes surprising relationships to field management and the cultivation of crops.

For example, 木(mù) looks like a tree. The primitive pictograph 果(guǒ) is actually a tree 木(mù) with fruits on it. 田(tián) quite clearly resembles a field, while 竹(zhú) is the image of two bamboo stalks and leaves. The ancient form of米(mǐ)looked like a spike of rice, with the dots representing the kernels.井(jǐng) derives from an image of water well with a square mouth and 禾(hé) looks similar to mature grain crops. 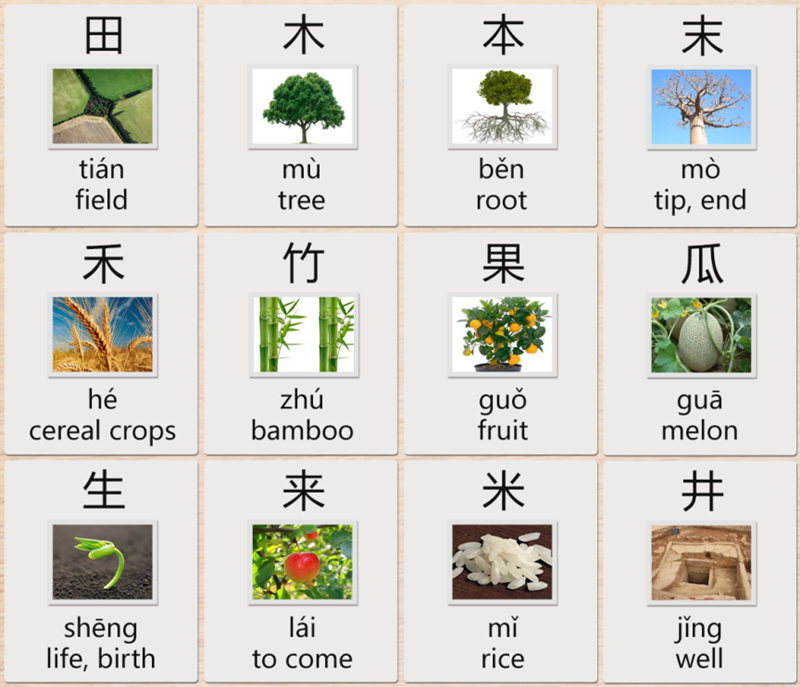 Chinese people’s immediate reality and personal experience influenced the development of Chinese culture and language. Some Chinese characters of agriculture-related origin have permeated the language and come to take on broader or more abstract meanings. Look at two such characters, which also happen to complement each other, 本(běn) and末(mó).

本(běn) looks like a tree 木(mù) with an additional horizontal stroke symbolizing a tree root. The character translates very well to the English word “root”. As in English it can mean “root” of a plant and “root” or of a problem. Other possible meanings include: “origin”, “basis”, “starting point”, “original”, etc. It is also used as a measure word for books, since books were commonly regarded as the source or “root” of knowledge and the foundation of science. Meanwhile,末(mó) with its long horizontal going across the top part of the vertical stroke denotes “tip of a tree”. Nowadays, it also means “end”, “late”, “final”, etc. 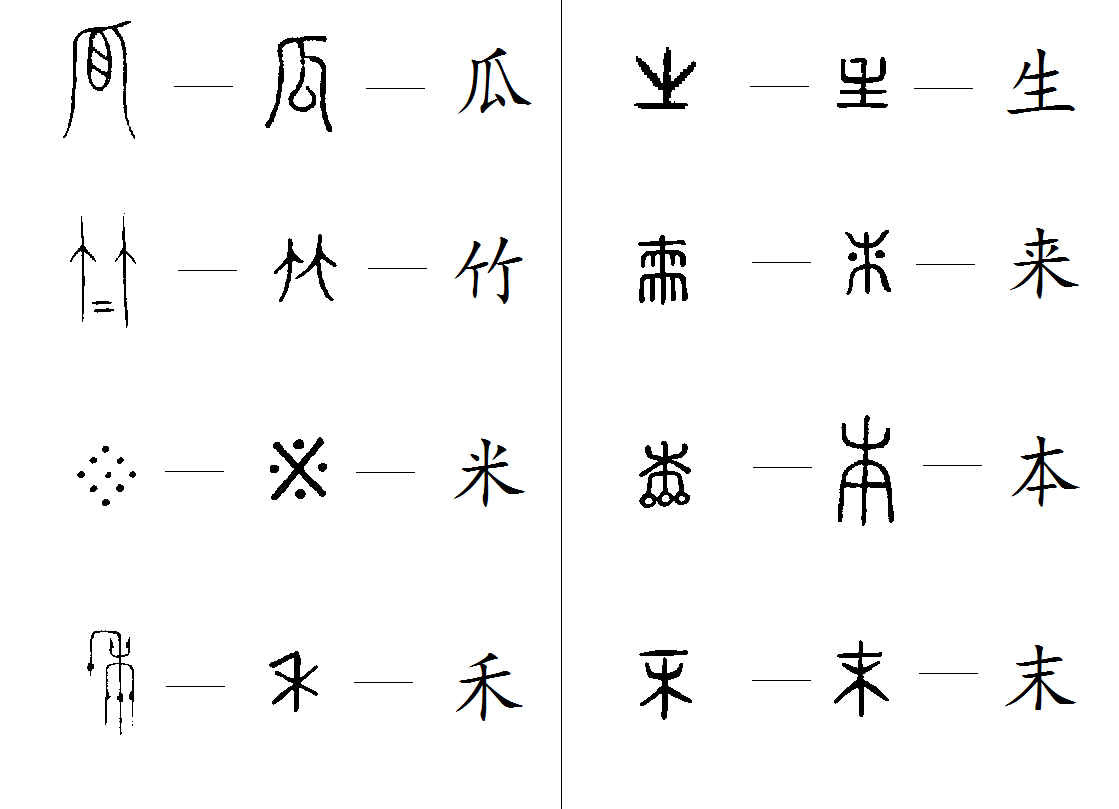 Other common characters that are linked to agriculture include生(sheng) and來(lái). The ancient form of 生(sheng) is in the shape of a sprout coming out of the ground It means “birth”, “to give birth to” or even “life”. The primitive pictograph 來(lái) (simplified form is 来) looks like a fruit hanging on a tree and means “to come” or “to arrive”.