Last time we discussed the radicals of some Chinese characters. While learning how to write Chinese characters, it is sometimes helpful to group them by ones containing similar meaningful parts. In this post, we’ll focus on some characters with the 口 (kǒu) radical. 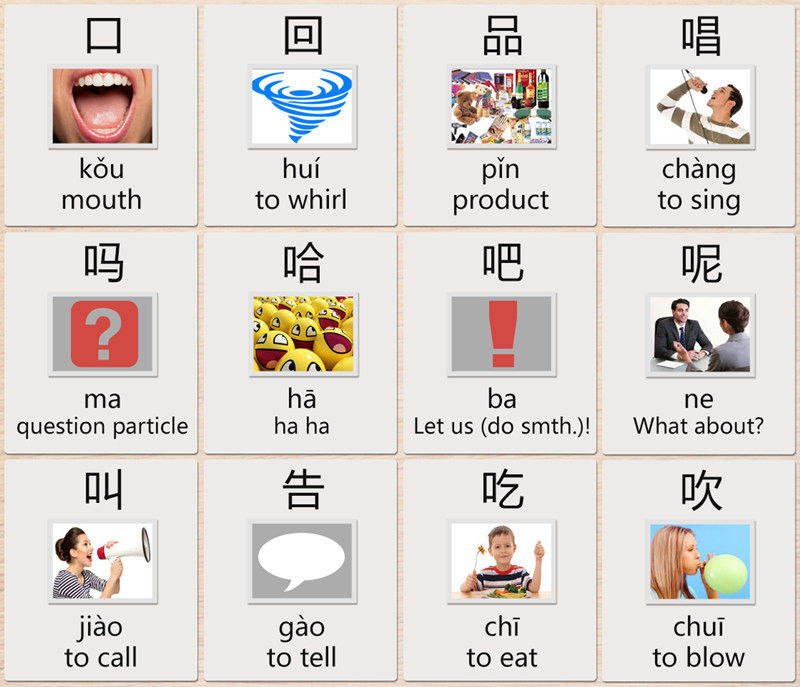 The ancient form of 口 was written to resemble an open mouth. The writing of the character begins with a vertical stroke (丨 – shù), continues on with a horizontal turning stroke, and is completed by a second horizontal stroke (一 – héng).

When used a radical, it most often appears on the left side of a character (though it can also appear as an upper or lower component of a character), and the words are usually related to a human mouth or its functions:

In order to exclaim something, one usually needs to open his or her mouth. This is probably the reason why the radical 口 appears in many Chinese exclamative particles! For example,

“Mouth” is the most obvious meaning of 口. However, there are few other possible meanings, like an opening or a gate in a city’s walls. It can also refer to certain articles, like a big jar. That is why the character for “product” or “goods” looks like three 口: “品!”