In the fifth post of this series we looked at some Chinese words for body parts. This time we’re going to continue our thematic learning with another set of twelve characters about animals!

These characters are probably among some of the most ancient Chinese words. Just like body parts, many of these characters look somewhat similar to the animals they represent. 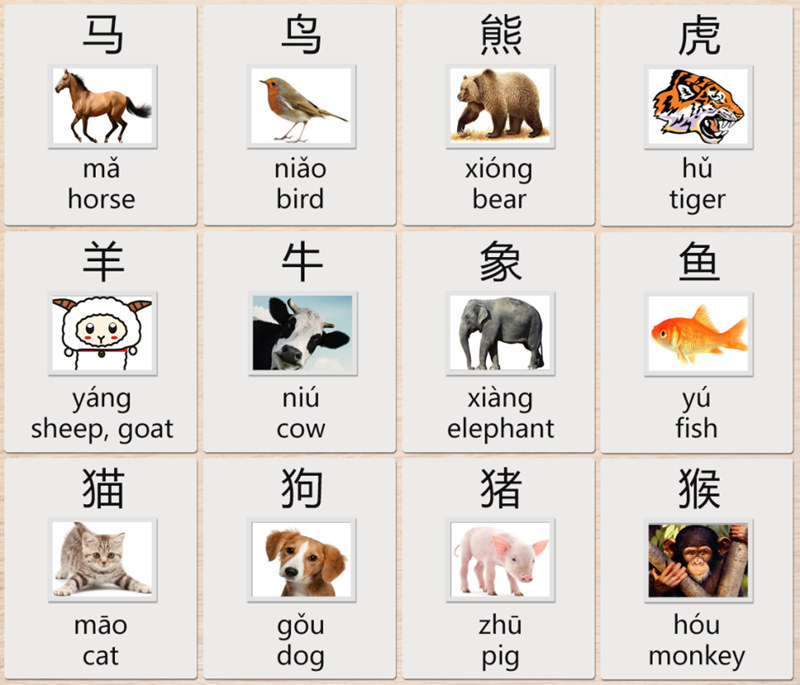 For example, the ancient glyph 羊(yáng), seen below, is like a sheep head with curved horns. Even the lower lip is indicated clearly. Similarly,牛(niú) is in the shape of an animal’s head as well horns and ears can be seen easily. The ancient written form of 鱼(yú) was in shape of a fish with a head, scales and fin. 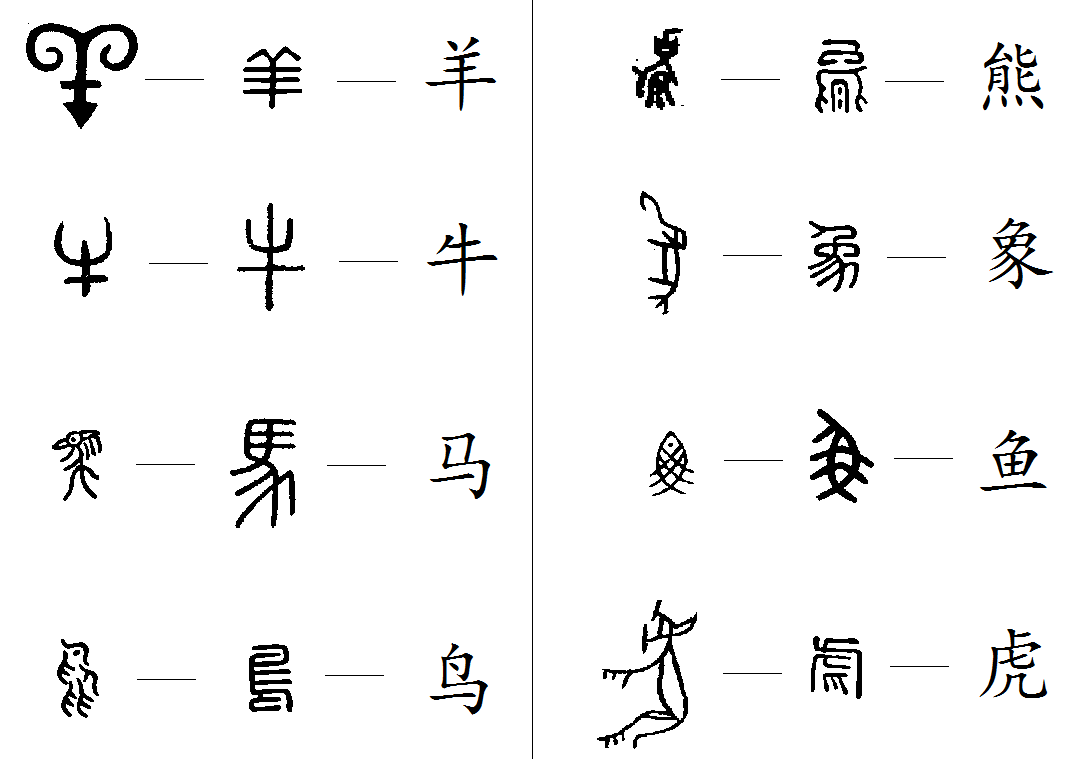 Unfortunately, through transformations and simplifications, which happened naturally as the language developed, some characters have changed beyond all recognition. The ancient glyph of 虎(hǔ) contained a recognizable tiger’s head, tail and claws but it would take quite a lot of imagination to see these features in the modern character!

However, if we look closely at the bottom row of characters in the matrix, there is another group of words that contain the radical 犭.

This is a radical which originates from 犬 (quǎn) meaning “a dog”. It is almost always used to denote an animal or beast.

A good tip for beginners: if you ever see this radical but you aren’t familiar with the character, it may well be some sort of animal!

There are many more animal characters. Tell us which ones we have missed out here!