In Chinese culture, the seventh month of the Lunar Calendar holds special significance. It is known as “Ghost Month” 鬼月(Guǐ yuè), and hosts the so-called “Ghost Festival” (鬼节, Guǐ jié) on July 15th of the Lunar Calendar; several Asian countries celebrate the annual Ghost Festival, which is also referred to as either “Zhongyuan Festival” (中元节 Zhōng yuán jié) or Yulan Festival (盂兰节, Yú lán jié). The festival finds it origins in Buddhism and Taoism.

In Taiwan, Malaysia, Singapore, Hong Kong, and some regions in mainland China, Lunar July 15th is not the only important day. Rather, all of Lunar July, the entire Ghost Month, is important. People not only worship and pray to the ghosts, but also are conscious of not breaking some interesting taboos. To do so would be bad luck. 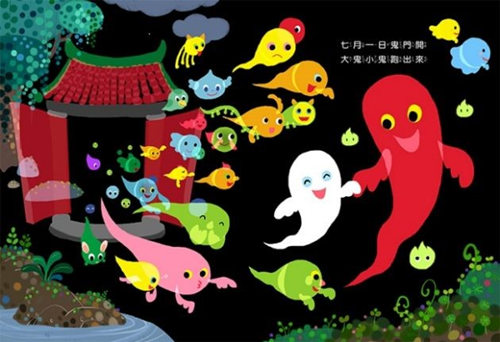 Every year, on the first day of Lunar July, people believe that the gate to the underworld opens and the spirits return to the living world for a one-month “vacation”. 七月鬼门开 (Qī yuè guǐ mén kāi) means “In July, the ghost gate opens”.

The Chinese call the ghosts “好兄弟 (Hǎo xiōngdì)”, meaning “good brothers”, which is the polite term to use when referring to them.

During this month, people take more care, and are mindful of taboos so as not to offend the “good brothers”. Ghost Month this year started on August 22nd, 2017. If you happen to be in a Chinese-speaking country during this month, why not be prepared with some knowledge about Ghost Month and its customs? 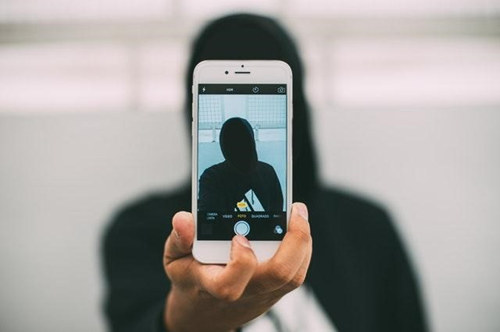 It’s been said that if you take pictures at night during Ghost Month, you might end up with a ghost in your picture. If that happens, then bad luck will follow.

2. Don’t go to the beach or go swimming 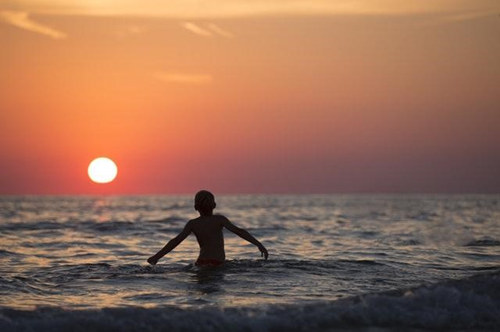 Even nowadays, people still believe that “lake spectres”, or “water ghosts” (水鬼, Shuǐ guǐ) exist. During Ghost Month, lake spectres stay in the water and wait to catch people who come swimming to make them their “replacements.” There is a common saying that goes “水鬼抓交替” (Shuǐ guǐ zhuā jiāotì), meaning “lake spectres catching replacements.” The idea behind this is that the water ghosts can use human bodies to reincarnate and re-enter the living world.

During Ghost Month, people should thus avoid swimming at the beach, lakes, or other bodies of water. And don’t swim at night! This taboo is still widely believed, so there are discounts from water parks to attract more customers during Ghost Month. It’s interesting that this often works to draw customers who believe in this taboo, but who still feel that the discounts are worth it.

People believe whistling at night easily draws ghosts’ attention and makes them follow you home. In fact, making any other kind of noise is also said to do the same (plus, it is annoying to most people anyway). This taboo is true all year round, but is believed particularly during Ghost Month. 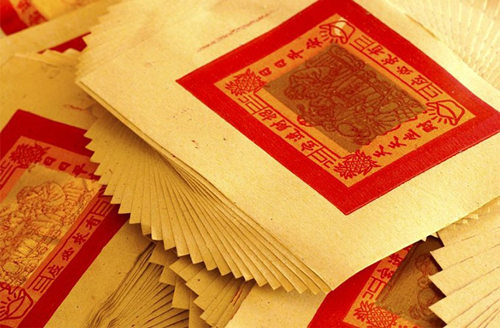 Joss paper (金纸, Jīn zhǐ), also known as “ghost money”(纸钱, Zhǐqián), is a kind of paper that, when burned, people believe becomes money that is received by deceased ancestors. In Chinese culture, people burn joss paper because they believe that ancestors receive them as their “pocket money” in the underworld. During the Ghost Month, not only deceased ancestors but also some unknown, hungry ghosts receive the ghost money as their gifts. On the other hand, if you step on “their” money this could irritate them.

5. Don’t hang your clothes outside after dark 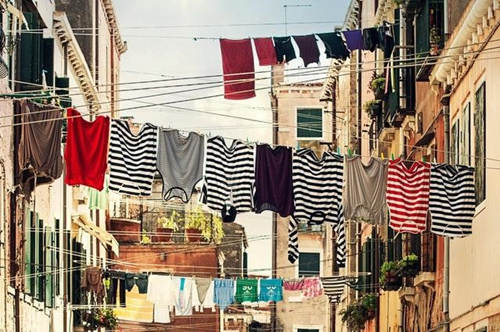 People usually hang their clothes on their balconies outside to dry. However, you may not want to do that at night during Ghost Month! Some say that some ghosts may try to wear your clothes! They might even try to steal them because of the cold! (Of course, this applies to living humans, as well).

6. Don’t turn around or answer if someone calls your name at night

The Chinese believe that we shouldn’t call others’ names at night – nor should we answer if we hear someone calling our own names. Also, if someone taps on your shoulder at night, don’t turn around! You can’t be sure if it’s a human or not!

7. Don’t pick up money or “red envelopes” on the road 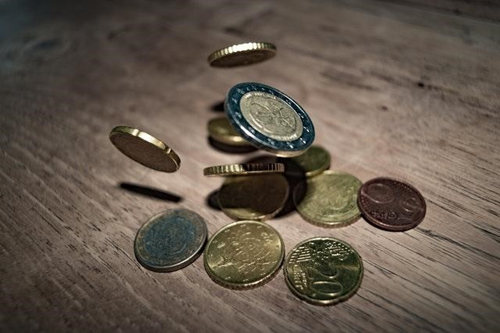 Some Chinese people believe that during Ghost Month, the money on the road may be the “road toll” for the “good brothers.” It’s best not to pick up the money that’s supposed to belong to them. That would be stealing!

Also, there’s a traditional saying that if you see a red envelope (红包, Hóngbāo) on the street, don’t pick it up. It may also be a dowry of a “bride” from the underworld, waiting for someone (alive or deceased) to marry her. The red envelope is actually a trap! If you pick it up, someone will turn up and congratulate you for getting married, in a so-called “posthumous marriage” (冥婚, Míng hūn). It sounds creepy, but fortunatelym it’s just something that happened more commonly in the past. Nowadays, something like this would be considered ridiculous, but Chinese people still avoid red envelopes lying on the road.

8. Don’t try to buy a new house during Ghost Month 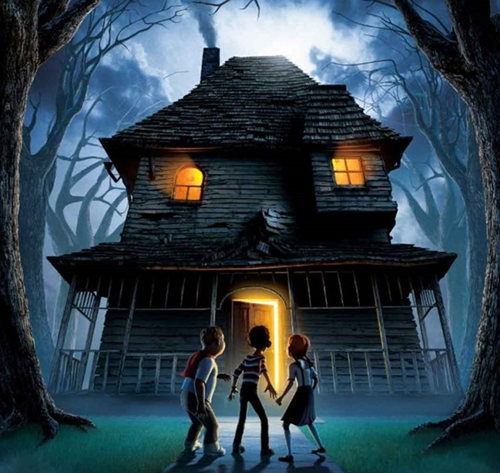 Locals in Chinese countries try to avoid buying or checking out new houses during Ghost Month. The reason is that no one wants to attract “good brothers” to live with those who buy new houses. House purchases during Lunar July always decrease dramatically.

9. Don’t take the bus at midnight 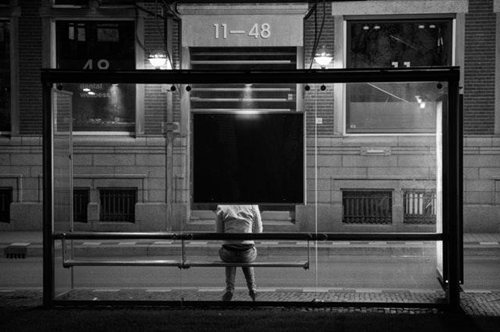 Having read the previous taboos, you may be able to imagine why we don’t ride the terminal buses during Ghost month. The terminal bus usually travels at midnight, which the Chinese believe is the time when the ghosts are most active. If you take this late bus, you can’t be sure that no one’s following you home!

10. Don’t lean against or run a stick along the wall while walking 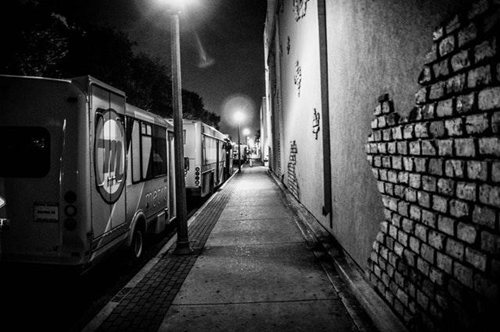 Ghosts are fond of sticking or hanging on cooler walls. Try not to lean on these walls during Ghost Month or you may be blocking the way of the “good brothers.” 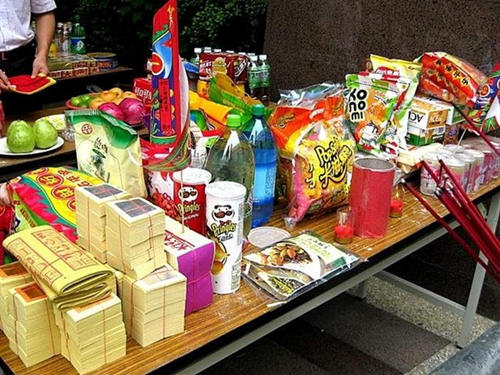 Nowadays, Ghost Month taboos are not followed as strictly by people as before. It’s up to each person to decide if they believe in these superstitions or not. However, worshipping and praying on Lunar July 15th is still an important festival. We call this day “中元节 (Zhōng yuán jié)”, while in some other Asian countries it is called “Yulan Festival (盂兰节, Yú lán jié).”

During this festival, families and companies would set out a table of food as tribute to the ancestors and “good brothers.” The kind of worship (拜拜, Bàibài) varies depending on region or religion, but the main purpose is to celebrate the vacation of the “good brothers” and pray for everyone’s safety during this month.

Let’s take Taiwan as an example: the annual “Zhongyuan Pu Du” (中原普渡, Zhōngyuán pǔ dù) is their kind of worship for the Zhongyuan Festival. On Lunar July 15th, people prepare an abundant amount of food, fruit, and beverages, and pray with incense sticks. After the “Bai bai,” people then burn joss paper to the spirits. 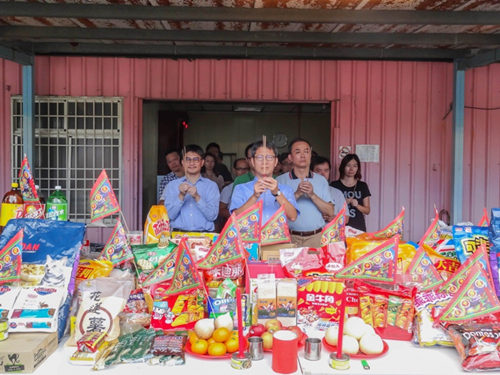 Some people believe in the Ghost Month taboos and some don’t. But these taboos still have a large impact on society because of the decreases in house purchases, people getting married, or even going to waterparks!

Delving deeper into some of these taboos, we find that there can be rational explanations for them. For example, swimming in the water, as mentioned, is a taboo. Stories abound of people who went swimming during Ghost Month who suddenly felt someone grabbing their foot in the water, trying to pull them in deeper. Although these are others’ experiences, the idea of safety becomes important to them, so they choose to believe it in the interest of staying away from danger.

But of course, if one thinks about it, the Ghost Month happens in the summer, when the number of people going to the beach increases. If people don’t warm up properly before swimming, they could easily get leg cramps, which also increases the chance of drowning and injury. Also, typhoons can be another reason. Any kind of bad weather would definitely affect the safety of people who are going to the beach.

Whether people believe in these taboos or not, praying during the Ghost Festival is still important. Even with the differences in praying styles, and even with all the taboos, most Chinese countries still value this annual event.

If you are in any Chinese country during the seventh month in the Lunar calendar, be aware of these, taboos and see how people worship on Ghost Festival. Your understanding of why the Chinese do these things is sure to make the festival more interesting to you!