Flowers and trees are closely related to people’s lives. Because of this, for thousands of years, the Chinese people have coined many plant-related words and expressions. For example, Chinese people often associate “美女”(méi nǚ, a pretty girl) with a “flower”, and “君子”(jūn zǐ, a gentleman) with “bamboo.” In this article, I’d like to introduce to you some common plant-related Chinese words. 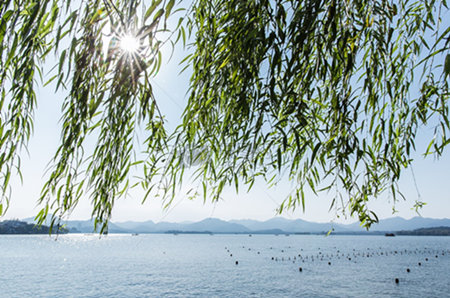 A willow is a common type of tree. They have long, narrow, and pointy leaves. Willows can fluorish in many different environments. Most willows have a lifespan of 20 to 30 years.

As described in The Book of Songs, (《诗经》shī jīng), willow implies “departure, drifting, wandering.” “柳” acquires this meaning because it has the same pronunciation with “留”(liú, stay). Here are several expressions related to “柳”(liǔ, willow):

Colloquially, it means “a beautiful scene or a new vista.”

After so many hardships, his life finally took a turn for the better.

Literally, it means that someone breaks off a willow branch and gives it to another person when this person is leaving.

Colloquially, this expression means that a person sees another person off with a willow branch. It was a very popular custom in ancient China.

I followed her to the end of the bridge and saw her off with a willow branch.

The model on the stage, dressed in an embroidered cheongsam, with a slender waist and arched eyebrows, is quite a girl.

Dancing willow twigs often induce people to think about ladies who “are at the mercy of others,” i.e., prostitutes. The two expressions above reflect this usage of “柳.”

Colloquially, “寻花问柳” refers to “the action of dallying with prostitutes.”

This expression has a derogatory meaning and is extremely offensive to women.

Mrs. Liu doesn’t allow her husband to dally with other women. 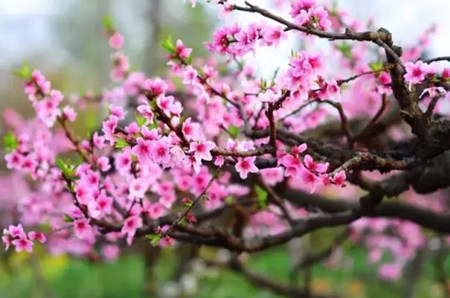 “桃”(táo, peach) is one of the earliest fruits planted by our ancestors. Furthermore, it first appeared in China before it spread to central Asia, Europe, and other places. The peach blossom that people are most familiar with is usually pink or crimson in color. The blossom is often associated with delicate and charming girls. Expressions containing “桃” include:

Colloquially, “粉面桃腮” refers to “pink cheeks of a girl.”

She has pink, gorgeous cheeks, and gets a high rate of second glances when walking on the street.

Colloquially, “面若桃花” means the “the sweet, charming appearance of a girl.”

Her 3-year-old daughter, who has a pink, adorable face, was diagnosed with autism.

When the wind blows, peach blossoms fall from the trees very easily. In the minds of ancient Chinese, such fragility symbolizes the fleetingness of youth and the misfortunes of pretty girls.

People all say that his life will be full of misfortunes.

Both her husband and daughter were dead, what a tragic fate she has!

“桃” is also associated with women and sex in Chinese culture.

Colloquially, “桃色新闻” means “sex scandal;” “桃花运” means that a man or a woman is always surrounded by admirers.

Do you know about the sex scandal involving a senator?

If you finish all my courses, I guarantee that you will be surrounded by a thousand admirers. 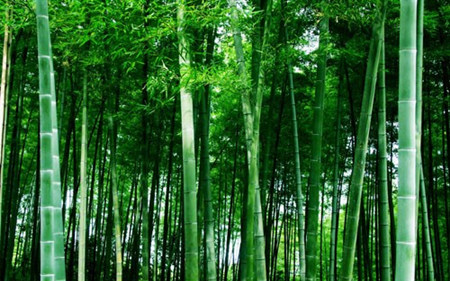 “竹”(zhú, bamboo) grows in the southern part of China and is known for its unchanging green color. Bamboo is tall and hard and always stands straight. Ancient Chinese often use bamboo to describe people who are upright and aloof and have high moral principles.

The different parts of the bamboo are associated with many personality traits. As a result, many expressions related to “竹” have been coined.

It is derived from the firm roots of bamboos.

Colloquially, “坚韧不拔” means the firm and indomitable spirit of a noble person.

Madame Curie is a woman with an indomitable spirit.

The stem of the bamboo symbolizes straightforwardness and impartiality. Its hard texture on the outside and hollowness on the inside imply “unselfishness.”

Judge Lee is always unselfish and impartial when hearing a case.

She is a lawyer of high moral principles.

Colloquially, “青梅竹马” means that a man and a woman have been close friends since childhood.

Lucy and Jason have been intimate friends since childhood.

Colloquially, “竹篮打水一场空” means “achieving nothing (it is all in vain).”

He had practiced for a week, but his efforts were all in vain during the match.

“竹马”(zhú mǎ): a toy horse made of bamboo stems.

“竹器”(zhú qì): articles made of bamboo

“竹头木屑”(zhú tóu mù xiè): bamboo ends and wood shavings—things of not much value and only of little use

The Chinese words I have introduced above are only a few examples of derived from plants. These words show that the ancient Chinese paid close attention to the characteristics of commonly-seen plants. For learners of the Chinese language, associating plants with Chinese words may be a great way to study the Chinese language, as well as learn how the observations of plants and how they relate them to words reflects the values of Chinese culture.

Tina majored in Chinese literature and graduated from Beijing normal university. At present, she is an experienced Chinese language teacher at CCHATTY. She has been teaching the Chinese language to foreigners for 15 years. Her students come from all over the world including Korea, Japan, India, Malaysia, Italy, and so on. She can teach a variety of lessons, such as Spoken Chinese, Chinese Grammar, Junior High Chinese, HSK, and TSC. She also has experience in teaching Chinese to Korean companies. Learn Chinese online with Tina.