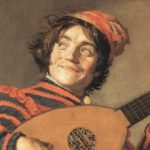 Chinese history
is shrouded in mystery,
more myth than fact
if you go further back
than two millennia, BC …

The first “real” dynasty of Bronze Age clang,
Inscribed on Oracle bones, they called it Shang

The dynasty that gave us powdered drinks?
Please forgive me – that joke stinks

Opium Wars, Dowager, Europeans at the door
Hail the Republic — the old Empire is no more

There is a dynasty “Xia” before Shang dynasty, but it is a good job.