Do people still call each other 同志 (tóng zhì) in China? 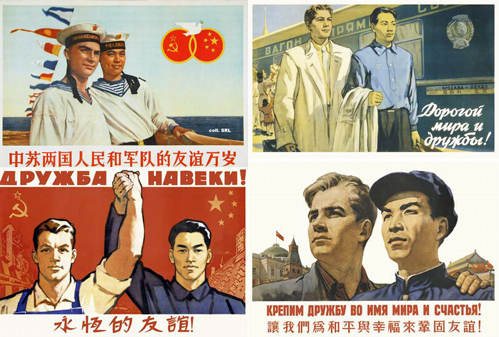 On the other hand, a different use of 同志 is used to refer to homosexuals, and has been rising in popularity. When used in this sense, a person would say:

With the phasing out of 同志, some of the terms commonly used prior to 1949 (the founding of the People’s Republic of China) came back to daily life. However, some of these terms have undergone many vicissitudes over the time, as we will discuss below with the use of 小姐.

Note that for all of these terms, in contrast to English, surnames should be placed in front. For example, when referring to Mr. Wang, we should say 王先生, rather than 先生王. The above terms could also be used without any surnames.

先生 (xiān sheng, Mr.) – a respectful way to address a male. It could also mean “husband” depending on context, as in the following example:

这是我先生 (zhè shì wǒ xiān sheng)。 This is my husband.

先生 is also used to refer to accomplished scholars in a respectful sense, regardless of gender.

太太 (tài tai, Mrs.) – a respectful way to address a married woman. Used in the same way as xiān sheng, it could also mean wife. In mainland China, women don’t take their husbands’ surname after getting married. Instead, they are called [maiden name and current surname] tài tai.

In Hong Kong and Taiwan, some women kept the Chinese tradition of taking their husband’s surnames after getting married. They would also keep their maiden names in a way like middle names, as illustrated below:

小姐 (xiǎo jiě, Miss) – a respectful way to address a woman in formal settings. However, it may also be used to refer to a waitress, a flight attendant, or even a female sex worker depending on circumstances.

Prior to 1949, 小姐 generally referred to single women from aristocratic, wealthy, or at least well-off families. The term phased out of the daily vocabulary and soon became associated with women from the bourgeois class, although most women at the time wished to be a member of the proletariat class. Thus it became a stigma to be a 小姐. The term reemerged in the 80’s, but became more inclusive and was used mostly to refer to young women. In recent years, in informal settings, 小姐 has also been widely used to refer to female sex workers.

So this gets us to the question of how to address a woman in daily life.

女士, 太太, and 小姐are all commonly used and appropriate in formal settings. In informal settings or between people who are well acquainted, it’s more common to address each other by their full names. Alternatively, people may be addressed as 小 [surname] (e.g., 小王 xiǎo wáng, with wáng being the family name) for someone who is relatively younger, or 老 [surname] for someone relatively older. Close friends may address each other by first name only.

Additionally, in work places, people like to address by job titles or ranks to show respect, as will be further discussed below.

How to Address People in Work Settings

Note that the term 老师 has expanded far beyond its original meaning of teacher in recent years. It is now commonly used in schools, media, and entertainment to respectfully address someone who is knowledgeable, has expertise in a certain field (e.g., a movie director), or simply works there (e.g., an administrative personnel in a school).

For individuals working for the government or in commercial enterprises, it is typical to address them by their rank level; for example, 市长 (shì zhǎng, mayor), 校长 (xiàozhǎng, school principal), 经理 (jīng lǐ, manager), and 董事 (dǒng shì, director). As with jobs with high social status, surnames may be places before the rank when addressing these workers. 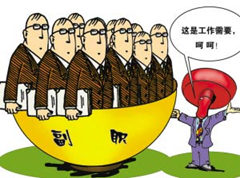 With regards to addressing individuals by ranks, you may wonder how to address those with deputy roles. In Chinese, 副 (fù) is used to refer to a deputy position, therefore deputy mayor is translated as副市长 (fù shì zhǎng), and the same way applies to other ranks. However, when you address individuals with deputy positions, the unspoken rule is that in order to show your respect, you would rarely call them deputy [role]. Using our example below, you would call a deputy mayor (副市长) simply “mayor” (副市长). This convention probably stemmed from the “harsh” reality of Chinese government offices as depicted in the caricature below. For every principal role in these offices, there would be a staffed group of deputies, each of them aspiring to be promoted to the principal role one day and officially shed the character “DEPUTY” (副) from their title.

Another term that is becoming quite popular these days is 总 (zǒng). 总 by itself could mean chief, and was originally an abbreviation for 总经理 (zǒng jīng lǐ, general manager), 总裁 (zǒng cái, chairman or president), 总工程师 (zǒng gōng chéng shī, chief engineer), etc. Such a person would be respectfully addressed as [surname] 总 (e.g., 王总 with王 being the surname). Over the years, the use of it has expanded beyond its original meaning and is widely used nowadays to address anyone who holds a relatively high rank in government, state owned enterprises, or commercial companies.

Various Lines of Servicemen and Servicewomen

服务员(fú wù yuán) – used to address a waiter or waitress.

师傅 (shī fu) – This word had experienced much change over the years. Nowadays, the word is primarily used for the following circumstances: 1) a respectful term to address people who have expertise in a certain skill, workmanship, or technique (e.g., culinary, martial art, plumbing, carpentry, etc.); 2) expanded from the previous definition, it can be used to respectfully address anyone working as a blue-collar worker (usually a man) (e.g., a cab driver, factory worker, craftsman, or sales clerk); and 3) a respectful term to address monks or nuns.

Addressing people in China is somewhat of an art. Hopefully you can put the above information to good use! Do you have any other tips that you would like to share with us? Please comment below!

Cheryl Zhou is a Mandarin tutor in Hong Kong. She enjoys helping expatriates and their children learn Mandarin. Cheryl received her Master of Chinese Pedagogy from The Ohio State University, and lived in the U.S. for over 10 years before moving to Hong Kong. She believes that culture is an inherent element in language learning, and loves to share cultural tidbits with readers. Cheryl also runs her blog about Mandarin learning at YesMandarin.