Hello, Mandarin diggers! This is Frank Geng and I hope my articles, How to Find a Really Good Chinese Teacher to Guide Your Learning and How to Find a Really Good Chinese Textbook were helpful. As we have been learning, there are three key elements that influences the learning efficiency are the teacher, textbook and teaching approach/learning strategy. This time, I’d like to introduce some approaches as guide your Chinese learning. Here are brief overviews of each approach: 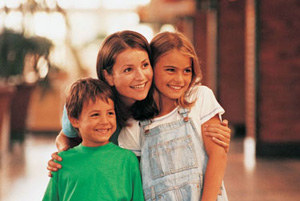 In the second language-learning field, it’s puzzling why nearly all children can successfully learn their mother language quickly while adult learners barely acquire language even if they learned for a whole life. Some people believe since an adult is smarter than child, then the problem must come from their teacher. The teacher teaches grammar rules incorrectly, they should just teach their adult learners in a natural way as their mother did.

Focus of instruction is on communication rather than its form.

In other words, this theory believes that language should be learned naturally over time and practice. For teachers, it means just simply give students enough in-put before asking for out-put. For students, he or she should try to guess and use the language rather than analyze it.

Doesn’t this approach sound amazing? However, we are not children anymore.

Back to the old times, the Europeans widely learned classic literatures in Greek and Latin. Since the aim to learn these languages is limited to reading ancient classic literatures as formal education rather than use it as a modern language in daily life communication. According this belief, students only need is to learn grammatical rules and words and then apply those rules by translating texts word-for-word. Hence this approach is also known as the Grammar-Translation Approach. Generally speaking, this approach follows a very straight procedure.

This approach was the standard way that languages were taught in schools from the 17th to 19th century and is still in use today in hybrid forms in many different situations. I bet your teachers have asked you questions like “How do you say this in Chinese?” or “Could you translate these sentences into Chinese?”

This approach is acknowledged as a classic and even a work of art because of its simplicity. However, we live in a world that changed since 17th century.

As new technology such as the train and telephone developed in 19th century, people gain more chances to travel to foreign countries or talk to foreigners. The ability to listen and speak foreign languages gradually overmasters the noble knowledge on classic languages. A Russian psychologist named Pavlov claimed that human learning is no difference from a dog. He believed learning is simply a result of “Stimulus-Response”.

Meanwhile, the outbreak of World War II created the need of soldiers that could speak and listen certain target language speeches. Language teachers who were desperate for a quick approach to teach listening and speaking took this behaviorism theory almost without any hesitation and formed the Audio-Lingual approach. This approach emphasizes the skills of listening and speaking. Some of its distinct features are:

The structure of a language can be condensed into a limited number of basic sentence patterns.

The way to acquire these sentence patterns is repetition of dialogues about daily situations.

Teachers will drill these repetitions and the students imitate.

This approach is still adored by many “crazy” teachers who treat their students like animals. Surprisingly, lots of students enjoy this type of learning. 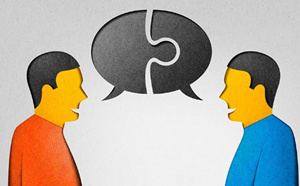 With the end of the Word War II and the advent of the world common market, a large population of people needed to learn a foreign language for work or personal reasons. Foreign language study ceased to be confined to the elite academies or to serve certain aims in specific situation. Almost all children in secondary school had the opportunity to study foreign languages. They learned foreign languages in order to communicate with their classmates, the community, and the foreign society that they live in.

Communication is very similar to a jigsaw puzzle. Different person has different pieces of the picture. You will talk and exchange information and get the whole picture right. This process is also how the language education experts now see the nature of second language learning: language should be treated as a tool to communicate rather than a system of signs and rules. Students don’t learn how to use the language; they learn the language when they use it. Some techniques recommended by the communicative approach include:

A thorough application of this approach is to assign students perform real tasks in life in foreign language rather than merely stimulated practice in classroom. However, it faces a high risk of losing the control of class and students. 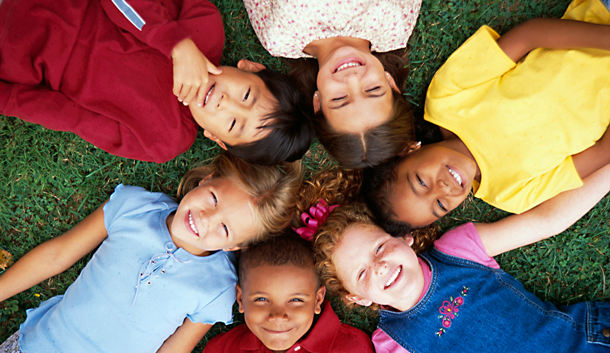 In the history of teaching modern languages formally in school, researchers and curriculum designers keep trying to find and apply more effective methods. However, they gradually realized that there is no such a thing called the best method or one pattern that fits all. In fact, a particular aspect of language, such as writing or speaking requires a unique way to teach while an individual learner prefers a personalized learning stretegy. Hence, Allweright(1991) claimed “the death of Method”. Alternatively, Kumaravadivelu (2003) proposed the conception of “Beyond Method” with a frame of 10 macro-strategies that are helpful to learn language in the post-method era.

Frank （耿直）is a lecturer of Chinese in Fudan University, specialized in Chinese teaching grammar and Chinese textbook studies. He graduated from Beijing Language and Culture University as a B.A, and received his Ph.D from Peking University at 2012. His publications include A Corpus-based Study on Comparative Sentences “Gen, You, Bi”(Fundan University Press, 2013), A Chaotic Model of Choosing and Arranging Language Points for Chinese textbook: With “ba” Sentence as Example (Chinese Language Education Research, Volume 18, 2013), Chinese textbook Honghuo Chinese. He was also a visiting Chinese Professor in Murry State University in 2010 and is serving as a member of the council of The Association for Modernization of Chinese Language Education.