There is an abundance of wonderful Chinese learning blogs and articles on the Internet. Sometimes it is just impossible to filter through every single one. Don’t you wish you had someone to do it for you? Of course you do, and luckily for you, DigMandarin is always ready to oblige you. Here is our selection for best articles in the month of March

Want vs. Need in Chinese

As an English teacher, I found myself teaching the difference between “want” and “need” often. I think it is also important to know the differences in Chinese. Let’s look at these differences of want and need in Chinese and how to use them.

There are two words that are commonly used in Chinese to means “want” while the third combines the two.

There is a difference between xiǎng and yào, where xiǎng is used to express the desire to do something in the future; where yào is used to buy something or get something, which is more immediate and direct.

The two common words to use for need are:

It is also important to know how to say the opposite of want or need so let’s take a look at way you say that.

All you do is add bú to the front to indicate the opposite. However, you will noticed a tone change in bú with不要 and不用 from fourth to second.

Now you know the ways to say want, need and the opposite in Chinese. Try it out and keep learning!

When it comes to choosing a Chinese-English app, there are a lot of choices out there. Here at TutorMing, we decided to test-drive the best dictionary app so you don’t have to! Let’s take a look at our findings. 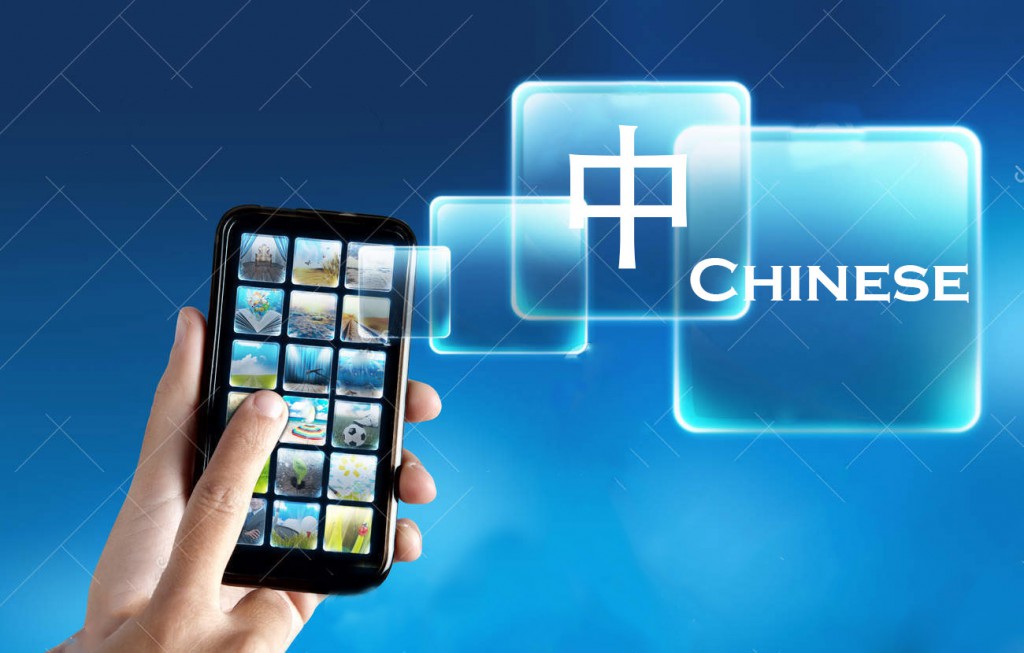 Pleco is one of the most popular Chinese-English dictionaries in the app store, since it features a clean, fairly intuitive and easy to use design. One of the most useful features is it’s “Clipboard Reader” because you can copy and paste any text then tap on the word you are not sure about to get the translation. It has hand-writing and OCR (optical character recognition features that require you pay for these add ons.

This app is only available on Android, which offers a free Chinese handwriting recognition tool. It doesn’t offer a sentence translation tool, but it does offer the same OCR as Pleco if you pay for the Pro version.

The famous Nciku online dictionary was acquired by Line at the end of 2014. It offers Chinese-English, English-Indonesian and English-Thai dictionaries. A good feature about this app is the “sentence parser”, which is similar to Pleco’s “Clipboard Reader” feature. However it doesn’t give you the meaning of each phrase, but only some of the key words.

Youdao is the Merriam-Websters of Chinese dictionaries. It is difficult to use for beginners and intermediate speakers, it is perfect for advance Chinese learners since it was made for Chinese users. The main function is similar to Google translate, allowing to look up Chinese phrases and their meaning in English. It translates Chinese to English Chinese sentence very well, however it doesn’t do the same for English to Chinese.

It is the easiest to find out “how to say ____ in Chinese”. Google Translate is great for phrases and short sentences and offers a free handwriting tool as well. The newer feature of the app is the OCR tool, but it can be little faulty with certain font types. It will only translate and will not really give you examples or in-depth definitions.

We feel that these are the best Chinese-English apps for Chinese learners. Please feel free to use each one and see which one best suits your needs. Best of luck on your Chinese learning!

Do you know the Different Kinds of Wind in Chinese?

Have you heard wind or “风（fēnɡ）”used in a different situation in Chinese? Gotten confused about the meaning? In Chinese, “风（fēnɡ）” can be used in meaningful idioms which implies some humor and history. Here are some commonly used “风（fēnɡ）” idioms 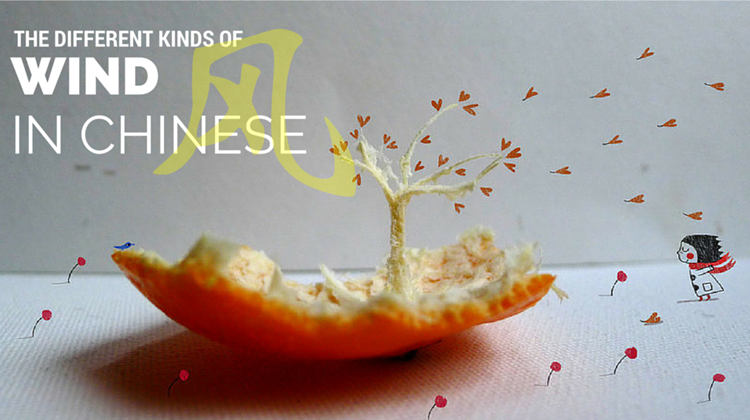 The expression 喝西北风(hē xī běi fēng) is used to state the idea to starve and have no food which is a reference to the history about the time of famine. Usually used to as a sarcastic remark in most situations.

This saying is similar to an English saying, “going in one hear and out the other.” It is used for someone who doesn’t take other people’s advice, criticism or suggestions.

Now that you understand how to use “风（fēnɡ）”, you can now use it in your own language skills. Before you use it, make sure the situation allows you to make this comment with “风（fēnɡ）”. Continue to listen and practice your Chinese, see you next time!

Secrets of learning a language quickly 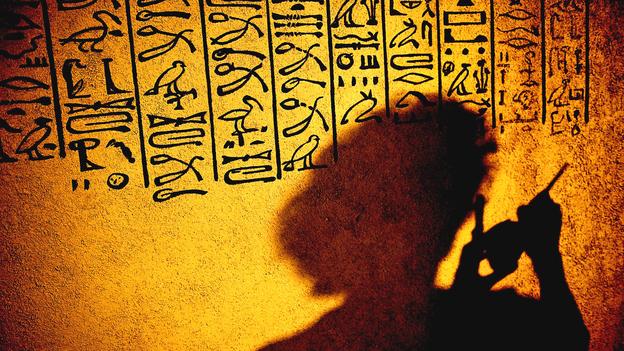 Picture this: You want to apply for a dream assignment aboard. There’s just one problem. You need to foreign language skills that you don’t have and time isn’t on your side. It sounds impossible, but you can quickly hone in the phrases and technical language through a few tips. Lets take a look these methods to learn a language quickly.

First, you should compile a script of sorts in order to respond to simple questions from strangers. Here, phrasebooks and online tutorials can prove to be useful at this stage since it provides the vocabulary and confidence to have basic conversations with native speakers.

Secondly, confidence is important at the beginning of learning a language. It requires you not being afraid of risks and making mistakes. It is a process where you will have start with beginner ability in order to get to the advance level.

Thirdly, you need total immersion to master a foreign language quickly. The more you immerse yourself in a foreign language, (reading, listening to people) the more rapid your progress will be. The ability to practice with native speakers will help you check and correct your progression in learning the language. Practice makes perfect, but practice without feedback just makes perfect whatever you are practicing.

If you have specific goals to achieve, that motivation will be what you need to begin to master conversations. Beware of lofty goals because they may not be realistic. Take these tips in your language learning and you will achieve your goals in no time!

8 Awesome Things Found only in China

When you live in China for a long time, you realized how much time you spend hunting down imported things and experiences. But I think it is important to value the amazing things you can only find in China. Let’s take a look my list of favorite things you can generally find only in China.

Most of China has a desire for the iPhone, however the phone market in China is very different from the west. You can get a bare-bones smartphone that runs on shān zhài (山寨) for like 150 RMB or US$25. While they are generally lower quality, you might be lucky and receive a real Samsung or iPhone at huge discount!

Most Chinese food in the West is Sichuan or Hunan food adapted for Western palates. However some of the best real Chinese food comes from the country’s west and southwest. Xinjiang cuisine is this mix of Middle Eastern and Chinese food given the population diversity at Xinjiang. Yunnan is also a place that integrates elements of Southwest Asian cuisine featuring cheeses and other dairy goodies.

You may have read about “whiteface” jobs in China where Caucasian foreigners are hired to pose as businessmen or other experts in order to help companies impress clients. Despite China’s diversifying economy and increasing degree of international exposure, “foreigner clout” is still a substantial force. A company can afford hire and do business with foreigners has step up ahead of the competition.

China’s air pollution problem is no secret and it getting worse. Necessity however is the mother of invention. A Chongqing-based company has developed the world’s first wearable air purifier. It comes to replace the bulky, expensive and not immobile air purifiers. It also replaces the standard facemask that only made for the Chinese.

Here in China, piracy of US shows and movies was so rampant that many studies and content creators decided to cut a deal with the sites that were hosting them. Sites like Sohu and YouKu host popular American shows. If you are learning Mandarin, these sites are great tools to watch Chinese shows with subtitles. 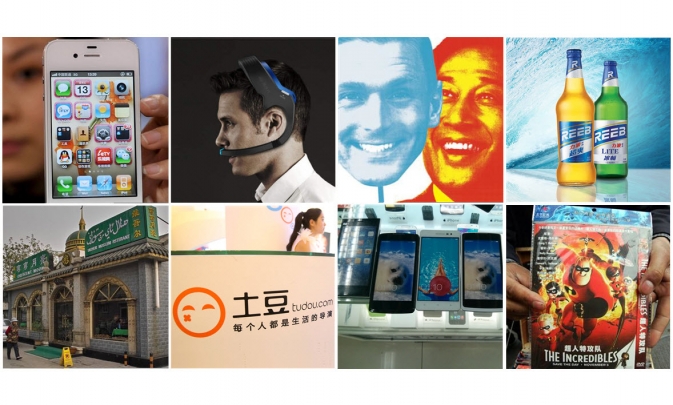 Reeb a Shanghai-based brew that is difficult to find these days since 2010. It had a distinct taste to all the beers that tasted the same and known as lì bō (力波), literally “power wave”. If you read close, it is spelled beer backwards and has charmed people with its labeling.

Though streaming is the global standard for media consumption, China still has the strong tradition of pirated media, from DVDs to books to video games. DVDs are still popular because the Internet speed is relatively slow and unreliable. But the best part is that they are usually one or two US dollars per discs.

There aren’t a lot of avenues for investment in China. Banks are trying to remedy the issue by introducing higher-yield wealth management products. One bank, píng ān (平安) is actually giving iPhone 6s to people who invest more than 23,500 RMB with them. It is a way to draw the already reluctant Chinese investors to put their money with these banks.

Now, since you seen my list of items that can be seen in China, keep out for these when you visit the Middle Kingdom. When you come to China be observant and find out what is unique in your adventure in this grant country.

We hope you enjoyed our selection of useful blogs for the month of March. Keep up the learning and remember that DigMandarin is here to help you find all the resources you could possibly need.

He is 郭大贵 who grew up in Seattle and graduated from Seattle University with a Bachelors of Art in Business, majoring in Marketing and Finance. He currently is in Shantou, Guangdong teaching Oral English. 大贵 is a Chinese American who is able to speak Teo Chew dialect. He has been studying Chinese Mandarin for the past year. He personally enjoys being out traveling to new places and experiencing new cultural activities.