At first, I’ve decided to practice writing numbers. The characters representing Chinese numerals one through nine contain only few strokes. In fact, “one”, “two” and “three” are just one, two and three horizontal strokes. However, you can use these numbers to make just about any number you can think of. Furthermore, some of the characters are also radicals that are used as components of more complex Chinese characters. 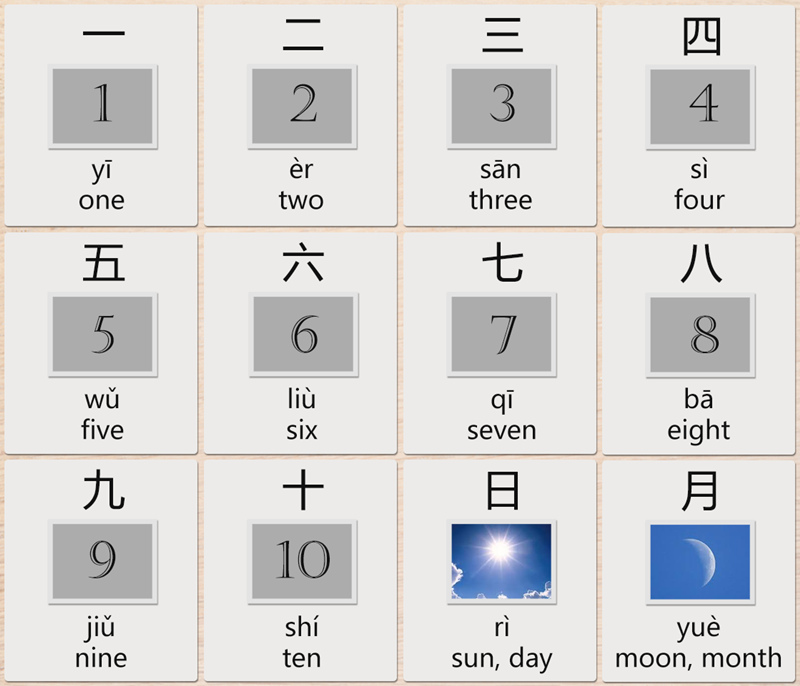 Multiple-digit numbers up to 99 are constructed using a multiplicative principle: first a digit from one to nine, then “ten” and finally the next digit (if necessary).

If you add the月 character to a numeral from one to twelve, you will get the month name:

Finally, 日 is a written term used to express the day of the month. E. g.,

So, by learning these 12 Chinese characters, you can already write more than one hundred Chinese words!