The new YCT test is launched to encourage foreign young students to learn Chinese and improve their Chinese language proficiency.

The new YCT is an international standardized test of Chinese language proficiency. It assesses young foreign students’ abilities to use Chinese in their daily and academic lives. The new YCT consists of a writing test and a speaking test, which are independent of each other. The writing test is divided into four levels, namely, the YCT (level I), YCT (level II), YCT (level III), and YCT (level IV). The speaking test is divided into the YCT (Beginner Level) and YCT (Intermediate Level).

The different levels of the new YCT are similar to some of the levels in the Chinese Language Proficiency Scales for Speakers of Other Languages (CLPS) and the Common European Framework of Reference (CEF); details are as follows:

Test takers who are able to pass the YCT (Level I) can understand and use some of the most common Chinese phrases and sentences and possess the ability to further their Chinese language studies.

Test takers who are able to pass the YCT (Level II) can understand and use some simple Chinese phrases and sentences and cope with basic level communications.

Test takers who are able to pass the YCT (Level III), having reached an excellent level in basic Chinese, can communicate on familiar daily topics in a simple manner.

Test takers who are able to pass the YCT (Level IV) can communicate in Chinese at a basic level in their daily, academic and professional lives. When travelling in China, they can manage most forms of communication in Chinese.

The YCT is intended for students whose mother tongue is not Chinese. The results of the test can serve various purposes: 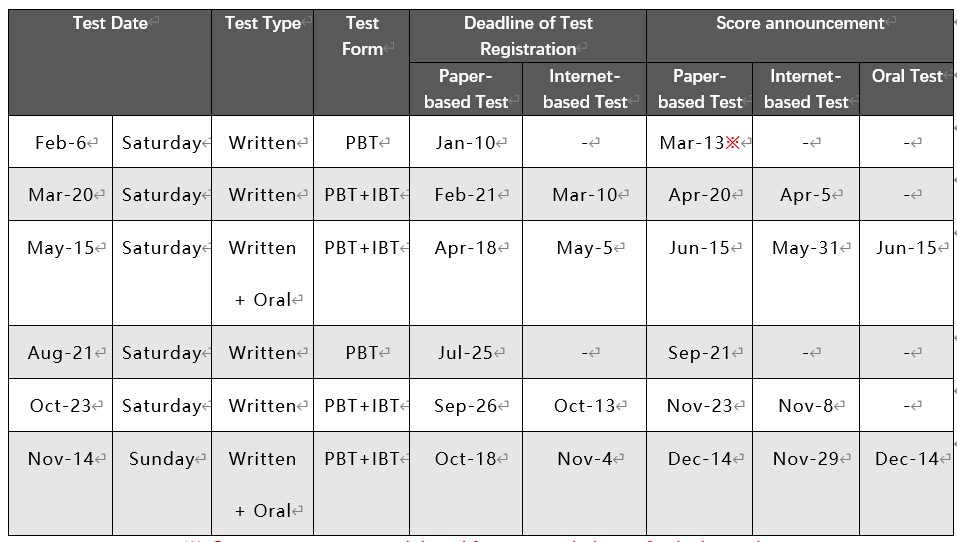 ※ Score announcement delayed for one week due to festival vacation.

YCT Vocabulary
Copyright DigMandarin - All Rights Reserved
Back To Top