There is an abundance of wonderful Chinese learning blogs and articles on the Internet. Sometimes it is just impossible to filter through every single one. Don’t you wish you had someone to do it for you? Of course you do, and luckily for you, DigMandarin is always ready. Here is our selection for best articles in the month of August

Fortunately, the water is okay to shower or wash things with. Purified drinking water is plentiful so you don’t need to break the bank just to get clean drinking water.

DO look several dozen times when crossing the street:

Drivers are getting better, but it’s always a good idea to see how the locals do it, and if possible, to cross in a pack rather than going at it alone.

DON’T take the weather for granted:

In the east/southeast, it’s so humid that the summers are like waking up in a sauna and the winters feel much colder than the thermometer reads because the cold gets all the way into your bones.

DO bring tissues with you everywhere:

Chinese cities aren’t the cleanest places on earth, so it’s worth your while to bring some tissues with you in your bag/purse. Besides, public restrooms in China usually don’t usually supply toilet paper.

China is indeed the mythical land of Wild-West capitalism you’ve read about, and almost everything is negotiable outside of high-end stores or price-labeled convenience stores.

(Hacking Chinese)
If you want to get things done in life, you have to break things down into manageable chunks.

Two ways of breaking things down:

Time boxing means that you set a timer and do something for a certain amount of time, 10-15 minutes is normal, but you can use longer or shorter times depending on what you’re doing.
The major advantage with time boxing is that the scope of each session is very well defined. Time boxing works best for tasks that are continuous.

The journey is a good metaphor for this kind of studying and step number one is very similar to step number one thousand. It’s also a good when you find it hard to get going, because really, spending ten minutes doing something isn’t hard and you will at least achieve something in that time.

Micro goals are goals that can be accomplished in one study session. The point is that the goal has to be well-defined and have a very high chance of success. Micro goals are more useful for tasks that are complex and can be separated into stages with clearly different characteristics.

The major advantage with micro goals over time boxing is that they are synonymous with progress. Micro goals aren’t sensible to your spending time doing something else; this will just mean that it takes longer.

So, in short, try them both in different situations, see what works and what doesn’t.

Asia Society’s latest study suggests that language immersion programs have many advantages compared to non-immersion programs, including academic achievement, language and literacy development, and cognitive skills. Intercultural competence and multilingualism are also considered valuable in creating multiple pathways to employment possibilities. In addition, learning another language at an early age is also facilitative to the development of native-like language proficiency.

The chart below is a demonstration of the challenges that a school administrator is faced with when starting a Chinese immersion program. 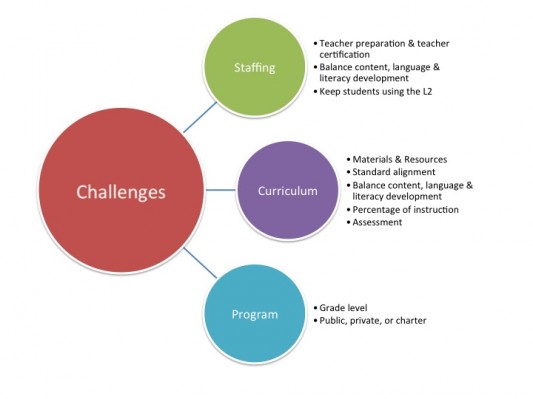 After giving birth, women aren’t allowed to take a bath or shower. They shouldn’t wash their hair for over a month. They shouldn’t return to work for nearly 3 months. Some of the no-nos on the traditional list, even though most new mothers are unable, or unwilling, to observe them all strictly nowadays, include: no direct contact with the wind, no going out, no fruits, no vegetables, no salt, no wearing sandals, no exposing of the heels, no leaving empty space between the waist and back of a chair (cushion required), no hair washing, no baths, no brushing teeth, no brushing hair, no TV watching, no crying, no boiled water, and more.

Drinking is a part of Chinese culture that I find weird. If you want to create or enhance your network, you have to drink as much as you can.

If you are married to a Chinese you will be surprised by the sheer number of events that give people an automatic right to obtain red money-filled envelopes:

In China, children were raised primarily by the grandparents because of the parents needing to work.

The licensing process in China is far more difficult than in the West. However, it seems that in China, as soon as you do get the license, you forget everything that you learned and do whatever you want, whenever you, wherever you want, however you want. Parking on sidewalks, driving on the wrong side of the road, constantly honking the horn and many others. Most of the laws are exactly the opposite of what more than 50% of the drivers do in China.

You will have good luck when you sneeze.

Cupping therapy. I understand it is an ancient practice but I don’t see any benefits or results to it. I believe it is to draw bad blood to the surface of one’s skin.

We hope you enjoyed our selection of useful blogs for the month of August. Keep up the learning and remember that DigMandarin is here to help you find all the resources you could possibly need.