Pronunciation is the basic part of mastering mandarin Chinese. If you want to learn this language well, it`s necessary to lay a good foundation about Chinese pronunciation at the beginning.

No matter which level are you in, making sure your pronunciation correctly is definitely necessary and never too late. All in all, a good beginning is half the battle. With this guide, you can learn Chinese pronunciation easier in a correct way.

Chinese is not a phonetic language. The pronunciation is not related to the writing of Chinese words (characters). Pinyin is the special system, created for people to learn Mandarin pronunciation. Pinyin transcribes the Chinese characters so people can pronounce it. It may be used as an input method to enter Chinese characters into computers or electronics as well.

The writing of Pinyin is similar to English alphabet. You can pronounce every single sound out in Chinese using pinyin. However, you should aware that the Chinese pronunciation and spelling of pinyin letters are different from English letters. The sounds, which the letters of pinyin represent, do not correspond exactly to the sounds that the letters of English represent. So you can`t pronounce pinyin as if they were English. E.g

One Chinese sound is associated with one syllable and each Chinese character has its own pinyin syllable. 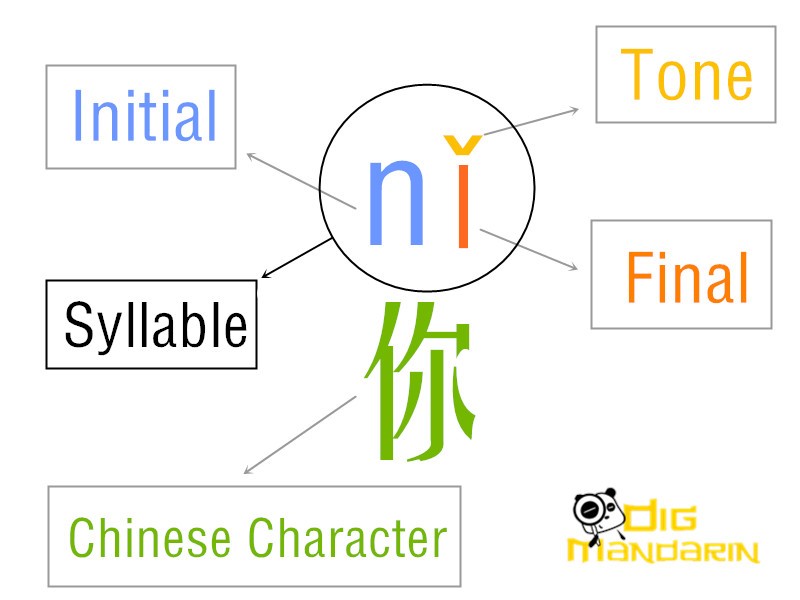 There are three parts in a pinyin syllable, which are the Initial, Final and Tone. Initial and final represent the segmental phonetic portion of the language, rather than letter by letter. 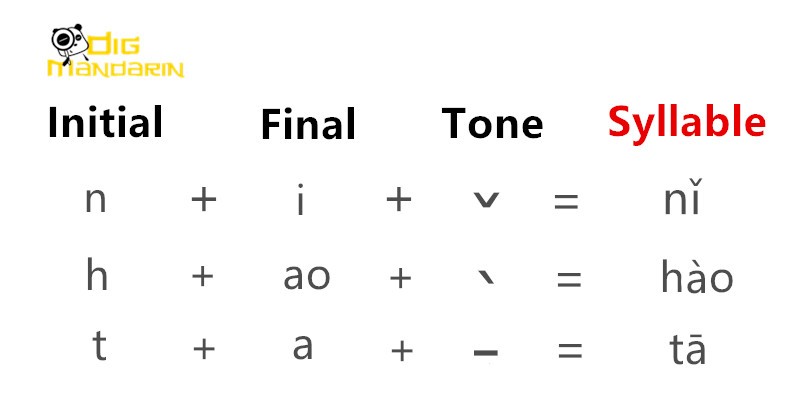 Mandarin Chinese is a tonal language, which means that the way a sound is pronounced directly affects the meaning of what is said. Mandarin’s tones give the language a very distinctive quality, but the tones can also be a source of miscommunication if not given due attention.

There are four main tones and one neutral tone in mandarin Chinese (or, as some say, five tones). Each tone has a distinctive pitch contour, which can be graphed using the following Chinese 5-level system. 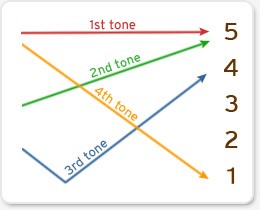 I’ve seen some posts claim that the Chinese tones are just like English, which convey the attitude or feeling of a speaker, however, it`s not the case. This idea is mixing up two different concepts. English doesn`t have tones since words don`t change the meanings when you pronounce them with different intonations. However, in Chinese, even with the same initial and final, different tones represent different characters and meanings. There are many Chinese characters with the same initials and finals. E.g. 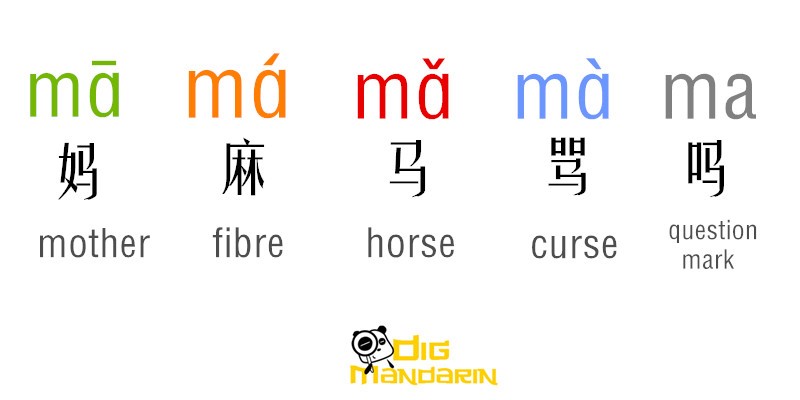 When a third tone followed by another third tone, it should be pronounced as a second tone automatically. But the writing script should remain unchanged as the third tone mark. For example:
你好 (nǐ + hǎo)  ->  你好 (ní hǎo) 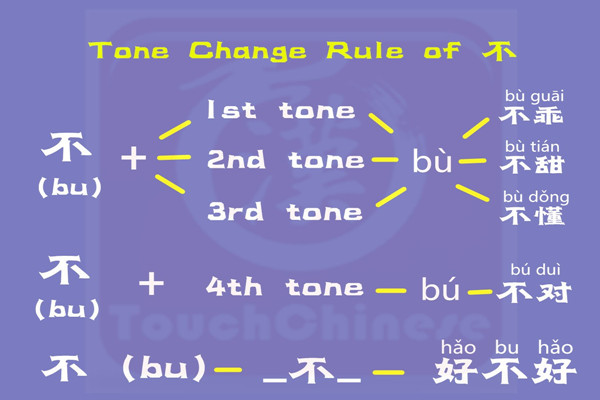 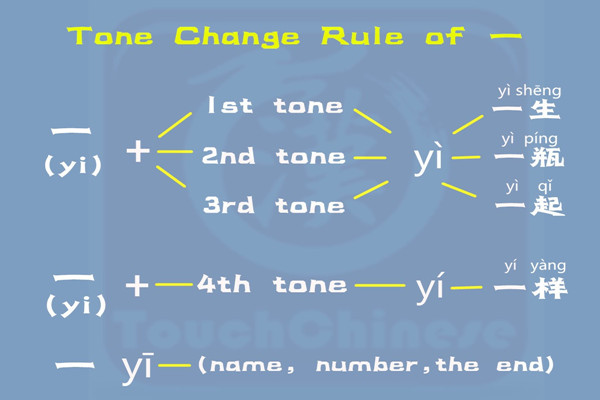 If you can`t recognize the tone, you might always struggle figuring out what Chinese people said. And there are also many embarrassing situations you will encounter when communicating with Chinese people.

I met many Chinese learning quitters. They told me that they did want to learn mandarin. After they read the pinyin chart for two or three times in the first two lessons, they thought these Romanization letters were a piece of cake and it was time to move forward to learn more “real Chinese“. As a result of spending too little time on mastering the tones and proper pronunciations, the subsequent overload of similar vocabulary ruined their confidence, so they had to quit. Enough practice on your ears and mouth will help you survive, even though the beginning might be tedious and tough. Once you go through this essential part, you will lay an unbreakable foundation for your Chinese learning.

That`s why the tones matter.

The purpose of this section is to clarify some common mistakes and difficulties you might meet when learning mandarin Chinese pronunciations. There are some distinct sounds in Chinese that are tricky to non-native speakers. Let`s conquer them one by one, thus there is less barrier in your pronunciation path.

There is also a final “ü” that most foreigners can`t pronounce very well.


Key:
There is a pinyin “i” sound in it, and you need to make your mouth shape as the pinyin “u”, then the “ü” sound comes out.

Part 4: Tips and Suggestions: How to improve your Chinese pronunciation

1. Master the basic rules of pronunciation and tones.

Knowing basic greetings like “你好” “你好吗” in Chinese is not hard, but advancing beyond the warm up greetings is quite different endeavor. As a beginner, the most important thing is be familiar with all pinyin sounds, spelling rules and tone changing rules. If possible, you`d better find a professional teacher who can speak standard mandarin Chinese and explain the differences among those similar sounds properly.

There are many learning experiences sharing about how to improve your Chinese pronunciation. Regarding the tones, besides the regular tones practice, there are some learners who share their methods like mastering without using tone marks.

2. Having Enough input: Make your own language environment

If you are learning Chinese in China or luckily be surrounded by a group of native speakers, just try to talk to them with what you`ve learnt. If you can`t follow them at the beginning, don`t feel embarrassed or upset. It`s a quite common phase. What you need to do is at least distinguishing the words you`ve learnt and be more familiar with the intonation Chinese language make. Gradually you can connect all the words and figure out what they are talking about.

If you don`t have the language environment, make it yourself! There are tons of online learning resources (well, surely you can find them at Dig Mandarin. :) ) No matter Chinese learning audios or videos, you can make use of your fragment time to listen. Sometimes, the learning content is a little bit tedious, afterwards you can find some Chinese songs to perfect your accent.   Also, learning from movies and TV shows is also a great way to train your sense of the language, and know more about Chinese culture as well.

i. Practice in words, phrases and sentences

Don`t just practice the individual characters. There is phonetic change in the flow of speech, especially the tones. When you first begin to study Mandarin Chinese pronunciation, it is beneficial to practice pairs of tones. Begin with a word you already know, such as很好(hěnhǎo, very good). This phrase uses the second then the third tone. Say this phrase out loud several times and listen for the tone and rhythm of the syllables. Studying this natural rhythm of the language will help you pronounce new words you come across. Also, the increased accuracy of your Mandarin pronunciation will help you say sentences more smoothly.The start is of course tough, however after going through it; the longer sentences will be much easier for you.

ii. Slow down and be clear

Pay attention that you do not speak too fast. It`s very natural to speak in a normal speed just like the native speaker. But you are just a beginner who might not pronounce the standard sound. Speed is the last thing you should care about. Just SLOW DOWN! Make your sounds clear and correct. If people can`t even understand you, do you seriously care about your speaking speed? After all, a successful communication is the goal and accuracy is the most important thing.

As we mentioned above, you need to cultivate a keen sense of Chinese language by enough input. Some when you are practice by yourself and not with others, you are creating the illusion that you are speaking Chinese well. The truth might be only you yourself can understand or of course your teacher can guess what you are trying to say exactly. So the only key is practice, practice and practice. If once doesn`t work, then do it twice, triple…… You will finally get it.

4. Learn from your mistakes

As you know, Chinese people are very kind, so encouragement and compliment will be the main trend of their comments to your speaking. Confidence is necessary, but their kindness is not your reason to ignore the mistakes and your foreign pronunciation. Ask your Chinese friends to point out your inaccuracy and specific problems directly. Of course, it can`t be better if the one friend is a professional teacher. Then take down the notes of your common mistakes and analyze them one by one. This process will help you conquer your problems. It may be discouraging sometimes to hear about so many mistakes, but you will learn a lot from them quickly and it will help you to improve much faster than you think.

You also can observe if other people understand you. Regardless their kindness, understanding is a good start anyhow. In addition you can try to prepare a paragraph on a specific topic, then record your own speech. Listen to it several times to see if it`s weird in your perspective. Then ask your Chinese friends or teacher help you checking it. If possible, you can also compare your own recordings with the native speaker`s. It`s very clear to hear the differences of sounds, rhythms and intonation. Adjusting and improving your pronunciation is what you can do naturally. Focusing on the difficulties and repeat it slower. Just make sure you are pronouncing the right way.

5. Review all the time

Acquiring accurate pronunciation is a long-tern battle. Don`t be naïve as if you can master the authentic pronunciation in one shot. Record all your mistakes and misunderstanding of some specific concepts. Review your notes from time to time. It will call your attention and remind you the right way you should act. One day you will finally master them all.

a) Learn Complete Chinese Pronunciation in 16 Days! – This pronunciation course is produced by DigMandarin. With this course, you will:

b) Fluent Forever – Just as I illustrated above, these 3 videos provide instructions to lead you get basic understanding about Chinese pronunciation, tones and spelling rules. Its whiteboard illustrating way is quite clear and easy to follow.

c) Yoyo Chinese – With an interview by Dig Mandarin. This group offers over 100 YouTube videos designed to help you learn Mandarin more easily. An addition 300-400 videos are available if you pay for the premium membership on the website. Beginners can make great strides in language learning with the systemic video organization that naturally builds world knowledge and pronunciation skills.

a) Pinyin Tools – If you want to learn about how to use Pinyin to aid your Chinese verbal language acquisition, Dig Mandarin recommends for apps: pinyin chart, tone chart, Pinyin to Chinese character converter app.

b) Pleco – This dictionary is one of the most useful and frequently used ones for people learning Mandarin. You can search by either the Chinese character or pinyin spelling. If you have heard a new Chinese word that you do not understand, you can easily search through this site to figure out what it is. There is a premium version as well which includes audio pronunciations.

New Practice Chinese Readers – This Mandarin Chinese textbook is my personal favorite. It combines a carefully laid-out learning structure ideal for language with audio files for better pronunciation and understanding. The lessons include vocabulary, pronunciation, grammar and sentence structure and even cultural information. New Practice for Chinese Readers is available on Amazon and from major book retailers.

The Uses of “Door” in Chinese – All about “门”
Resources for Improving Chinese
The New HSK (2022): An Overview and What’s Changed