Who doesn’t want to be “lucky”?

Every culture, in their search for special “lucky charms”, has their own symbols that they believe will bring them good fortune.

There are tons of Chinese words and phrases that mean “lucky”, “auspicious”, or “happiness”: 吉祥如意 (jíxiáng rúyì), 喜气洋洋 (Xǐqìyángyáng), 福气  (fúqi), 吉利(jílì), just to name a few. 吉祥(jíxiáng) can be translated into “auspicious”, and you can easily find the word 喜(Xǐ) in weddings and 福(fú) in couplets in almost every house in China! In fact, you can hear lots of these lucky words especially on Chinese New Year, when people wish good luck to their family and friends.

Today, let’s take a look at five Chinese “lucky aspects” that are seen as bringers of good fortune in Chinese culture. We will discover lucky colors, animals, puns, and numbers. We will also help you know how to express and understand these lucky images in Mandarin.

Red is seen as a national color. The preference for red is deeply rooted in Chinese culture; it represents power, status, and confidence to ancient Chinese royalty, while to ordinary people, red means happiness, wealth, prosperity, and good luck. 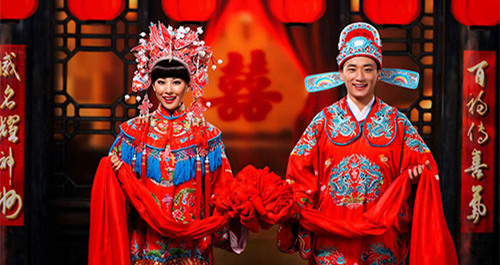 The traditional Chinese wedding (婚礼 / Hūnlǐ) dress and decorations are all in red since weddings represent happiness. Also, you can see “double Xǐ” (双喜, or 囍 / shuāngxǐ) red papercuts taped everywhere during the wedding, even in the newlyweds’ room! 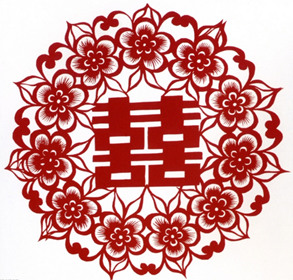 Nowadays, however, Chinese weddings tend to be more “western”. Brides may wear a white dress instead of traditional red ones, but red is still an important element. It’s a norm, for example, that the guests invited to the wedding would give out red envelopes (红包/ hóngbāo) to the newlyweds. The amount of the money in red envelops should also be an even number that includes six or eight (more on lucky numbers later).

If you’ve ever visited a Chinese-speaking country, you may notice there also are long red papers taped along the doors with Chinese words on them. These long red papers are called Spring Festival couplets, or “春联 (chūnlián)” in Chinese. The sentences on the couplets vary, but they pretty much all express wishes for a happy, prosperous, and safe year. They often sound like blessings (expressed as phrases or words) such as safety (平安 / píng’ān), good wishes (如意 / rúyì), or family happiness (全家福 / quánjiāfú). 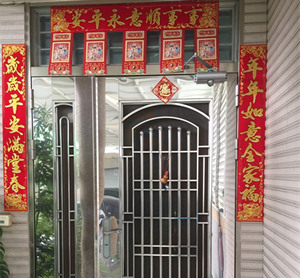 We know that in many western countries, dragons are portrayed as evil, feral, and cruel monsters. In western movies or artwork, dragons are usually “villains”, trying to kill people by breathing fire on them. However, in Chinese culture, dragons have a totally opposite image.

“In the Ancient East there is a dragon, her name is China.

In the Ancient East there is a group of people, they are all the heirs of the dragon.”

The classical Chinese song “The Heirs of the Dragon” (龙的传人 / lóng de chuánrén) shows the Chinese people’s reverence toward dragons; they see themselves as descendants of dragons. Dragons in Chinese culture represent the greatest royalty, strength, prosperity, and auspiciousness. The ancient Emperors of China were identified as the sons of dragons. 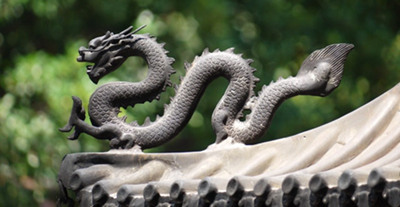 You may have heard of the 12 Chinese zodiac signs, in which the “Dragon” is one of them. Although dragons are imaginary creatures, their images and values mean a lot to Chinese people. The concept of “dragons” still deeply influences modern Chinese culture. As an example, the birth rate in every “Dragon year” always increases and is relatively much higher than other zodiac years. The reason is that parents always want to have “dragon babies”, born during the Year of the Dragon. What’s more, people just love the word “dragon” (龙 / lóng)! It has become a popular name, especially for boys. For instance, famous Hong Kong movie star Jackie Chan’s stage name is “Sing Long” (成龙), and Bruce Lee’s is “Lee Siu Long” (李小龙).

The tortoise or turtle is known as a long-lived animal, so it  has an image of both longevity (长寿 / chángshòu) and also auspiciousness. As you can see in the Chinese-featured animation film Kung Fu Panda, the character “Master Oogway” is super old and intelligent, and is highly respected by others. 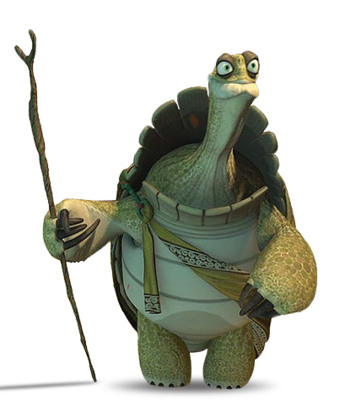 There are “Four Benevolent Animals”(四灵 / Sì Líng) in Chinese culture, which includes the Qilin (麒麟/ qílín), the Dragon, the Turtle, and the Phoenix (凤凰/ fènghuáng). Interestingly, among these four benevolent animals, only the turtle is an actual animal, while the others are imaginary.

In addition to longevity, turtles are believed to have spiritual powers, and since they can live in both water and on the land, they are considered practical and closer to ordinary people. It’s also common for Chinese fortune tellers to use turtles’ shells to practice divination.

In the Chinese language, there are loads of interesting homophonic or double-entendre words. Chinese people love to use these puns in their daily lives, and it has become an important part of the culture. In particular, people love to take homophonic meanings and connect them as lucky words.

For example, during Chinese New Year, there are many lucky words and blessings all around. One of the lucky  phrases, “年年有余” (Nián nián yǒuyú), means “the hope to have surplus wealth or good things every year.” 余 (yú) means “surplus”, and has the same sound as 鱼 (yú), which means fish. Therefore, to have fish on the table for meals during Chinese New Year means greater luck. 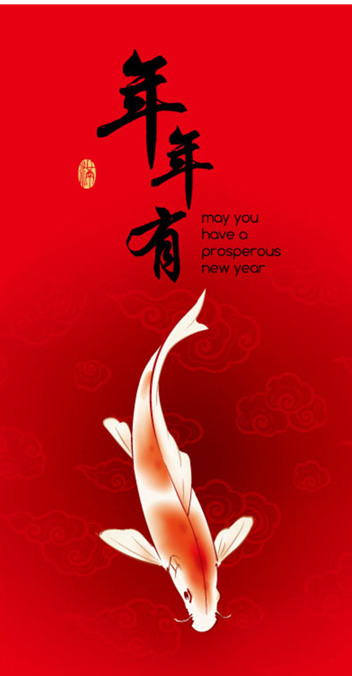 This is the same for 团圆 (tuányuán), meaning “a reunion of loved ones.” The word 圆 (yuán) means “circle or round”, so in Chinese culture, dining tables are usually round tables. To celebrate New Year, Chinese family members would thus have a reunion meal called 团圆饭 (tuányuán fàn). Also, the fruit “orange (桔子 / júzi)” has similar sound to luck (吉/ jí), so you will often find oranges on the table during Chinese festivals.

Just like the “lucky 7” in western culture, Chinese culture has lucky numbers, too. 6 and 8 are commonly recognized as good numbers. Why? It’s all about homophones again.

The Chinese pronunciation of six (六 / liù) sounds like “flow”(流 / liú), so the blessing phrase 六六大顺 (Liùliù dà shùn) means “everything flows smoothly”. Eight in Chinese, 八 (bā), rhymes with 发 (fā), which means prosperity and wealth. Therefore, it’s popular among companies or individuals to apply for phone numbers or car license plates to include the number 8. 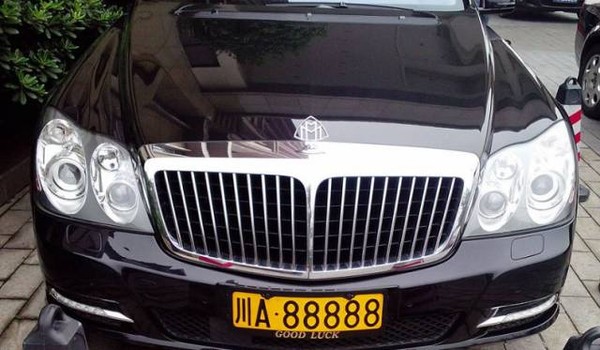 9 is also seen as a lucky and auspicious number as. Nine, or 九 (jiǔ) in Chinese, has a similar sounding phrase: 长长久久 (Zhǎng cháng jiǔjiǔ), which means “forever, ever-lasting, and longevity”. Therefore, it’s common to see people prepare 99 roses to give to their lovers, which symbolizes “ever-lasting love”.

To sum up, there are many aspects and interpretations for good luck in the Chinese culture. They are mostly derived from ancient times and still take on an important role in people’s daily lives today. The lucky colors, numbers, animals, traditional customs, or use of language, are quite unique and interesting, and they contribute to the culture’s charm.

The Uses of “Door” in Chinese – All about “门”
Resources for Improving Chinese
The New HSK (2022): An Overview and What’s Changed