Tally marks are a numerical system used for to make counting easier. As the name suggests, it is a system that helps keep “tally” of things by number. Tally marks are commonly used for counting scores, points, number of people, or days you’ve spent in prison (just kidding!).

Tally marks differ from country to country, as each culture has developed their own systems. Even if you know what tally marks look like in your own country — you may not know what they look like in China or Taiwan. So, what exactly do Chinese tally marks look like? The quick answer is it looks like this: 正. We’ll share with you now just how it`s used, but also its origin, so that by the end of this article, you’ll be well informed about this aspect of Chinese culture for banter at cocktail parties (or with your prison guards).

But before we get to正, let’s take a look at other tally marks from around the world.

The tally cluster is a way of arranging tallies into intervals of 5. It is common in most parts of Europe, North America, Australia and New Zealand. To make a tally cluster, you mark up to 4 vertical strokes before using a diagonal stroke to mark the 5th one. By and large, the tally cluster may be the most common tally marker around world. 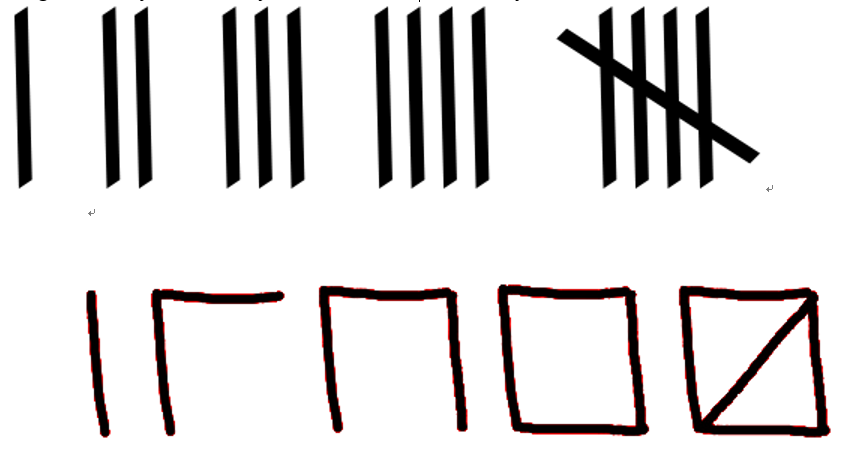 In France, Spain, South America, and some parts of Africa, they also use a tally cluster based on intervals of 5. However, instead of four vertical lines and a fifth diagonal one, they create a square with a diagonal through it (from upper right to bottom left). Order matters, so you must start with a singular vertical line, a horizontal line going right to make the top the box, then a downward line for the right-hand side, a fourth line to complete the square, and a fifth line that diagonals across it.

There are other less common tally marks (see below for another example, one that reaches up to a count of 10) but they aren’t the main focus of this article. 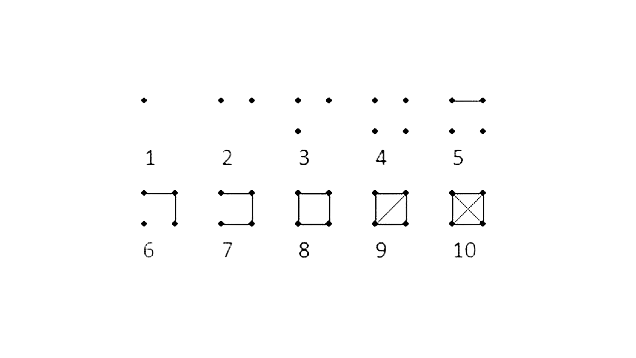 Chinese tally marks are used in day-to-day life, just like their Western counterparts. Children in school use them for keeping scores, adults use them for counting ballots, heck, people even use them to order a certain number of dishes when eating out!

They are actually widely used not only in China, but in other parts of Asia that use Chinese characters in their alphabet. They can be found in China, Taiwan, Japan, Korea, and other countries. Like their Western equivalents, they also use a cluster of 5 strokes. However, Chinese tally marks add up to make the shape of the  Chinese character 正 (pronounced zhèng), which means “correct” or “true/right.” 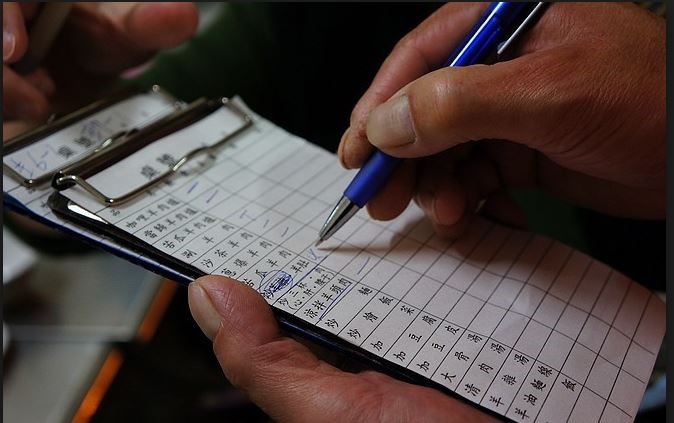 The Origin of the Chinese Tally Mark

While not fully verified, the most agreed upon origin of the Chinese tally mark dates back to the end of the Qing dynasty. The story goes that at a theatre in Shanghai, there were several different sections, each with its own corresponding price. The lobby was the cheapest, since it could accommodate the most people. In Chinese, the lobby was called “正厅” (zhèngtīng) which allowed people to be seated in groups. The usher would count a group of 5 people at a time and then seat them. The owner followed, and started managing tickets in this manner. Since the character “正” also means “true” and “right”, this definition just added another level of meaning to the Chinese tally mark system. Currently, for most polls, Chinese use this tally mark to track votes.

Next time you’re in China or Taiwan, keep your eyes open! You might come across this system being used by people in their day-to-day activities, and you’ll be smart enough to know why!