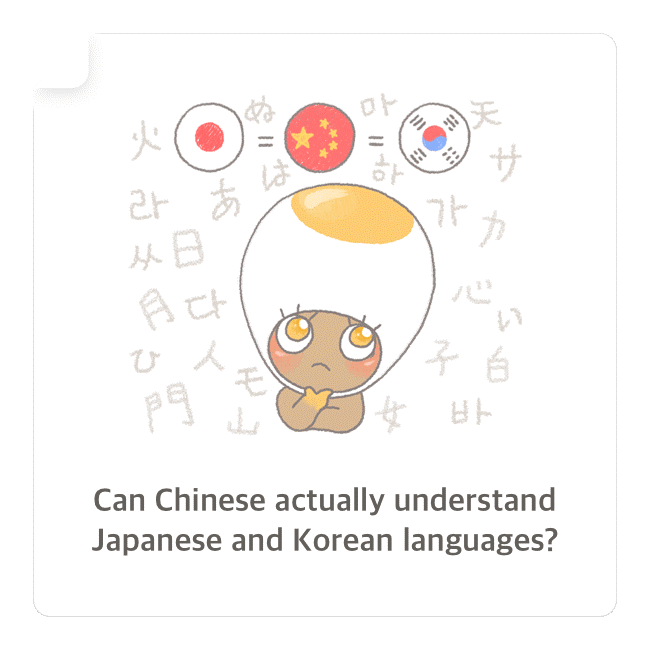 What are the differences between Chinese, Japanese, and Korean (collectively called CJK, for short)? Are Chinese characters (hànzì) the same as Japanese kanji and Korean hanja?

You are not alone if you are confused. Let’s debunk some of the biggest language myths about CJK.

Myth 1: Japanese and Korean originated from the Chinese language.

No. There is no dispute about their origins; they did not come from the Chinese language. What is a fact is that a large part of their vocabulary consists of borrowed Chinese words, which happened during the countries’ historical interaction with each other. Furthermore, although the Korean language (Altaic) and the Japanese language (Japonic) are highly similar to each other (e.g. similar-sounding words and grammar rules), they are considered to be isolated and different languages too.

Myth 2: Asians who can speak either one of the CJK languages actually understand and/or speak all three of them.

No. A person who knows one CJK language might be able to understand most of the words written on a Chinese/Japanese/Korean newspaper, but not everything. What he/she can do is link enough of the characters together to get a picture of what is probably being written about. As for the spoken word, there may be far too many differences between CJK for one to know what the other person is saying. 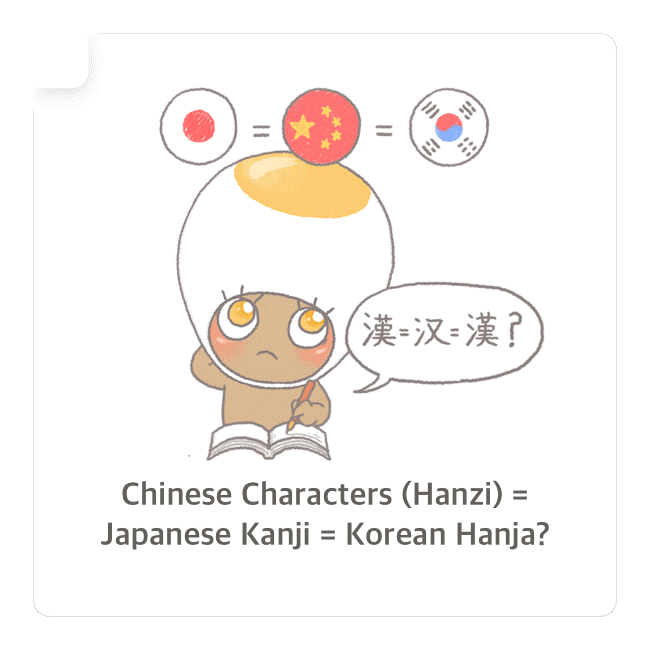 What are Chinese characters (hànzì)?

No. Chinese hànzì, Japanese kanji,and Korean hanja do not use the same set of traditional Chinese characters.

“剑/劍” (“sword” written in simplified and traditional version respectively) is pronounced “jiàn” in Mandarin Chinese but written as “剣” and read as “けん [ken]” or “つるぎ [tsurugi]” in Japanese. It is written as “劍” and read as “검 [geom]” in Korean.

**simplified and traditional characters are the same

The modern way to learn Chinese characters
Nowadays, people can easily write in all three languages by using a phone or computer. It’s possible to learn Chinese characters without writing them out by hand. You just need to learn the Pinyin/Zhuyin and select the right characters, in which most of the time the right characters are chosen automatically. Before phones and computers, one had to actually learn to write them with a pen and paper.

As with other learning other languages, you need to do a lot of reading, listening, and speaking to become fluent. Learning Chinese characters is a major investment of time, but there is one thing for sure: once you get into these languages, you will see the beauty in them, as well as a reflection of the great culture that created them. These languages will enrich your life in a way that you can never imagine, and give you a deeper understanding of the people who speak them.