The Chinese people, long awed by the majesty and power of tigers, have created many words and expressions containing “虎,” such as “虎头蛇尾”(hǔ tóu shé wěi, which means “a fine start but a poor end”), and “老虎屁股摸不得”(lǎo hǔ pì gu muō bù de, which means “do not touch a tiger’s backside”). Here are some more useful Chinese words containing “虎”: 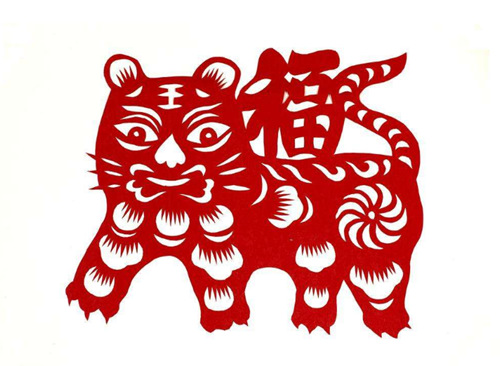 Colloquially, “虎背熊腰” means that a man is big and burly.

Colloquially, “虎头虎脑” means that one (usually a boy) looks sturdy and is simple and honest.

Literally, “虎口余生” means that “one was rescued from a tiger’s mouth.”

Colloquially, “虎口余生” means that one has managed to narrowly escape from death.

Bob gets very excited every time he talks about his narrow escape from death.

Colloquially, “狼吞虎咽” means that one eats food quickly and greedily.

My older brother gobbled up a roasted duck.

Colloquially, “狐假虎威” means that one bullies others by flaunting one’s powerful connections.

He dares to bully people only because someone powerful is backing him up.

“牛”(niú, cattle) is one of the most common animals on earth. Cattle are strong, docile, and obedient, and are ideal for farming. Ancient Chinese people, living in an agricultural country, had been using cattle as a major means to farm and transport goods. Ancient Chinese also consumed beef as a primary source of meat.

Cattle, a big part of the lives of Chinese people, are, of course, frequently used in the language. Below are several common Chinese words and expressions that contain “牛” : 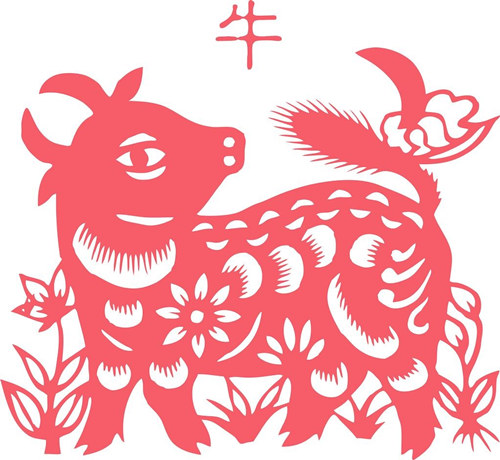 Colloquially, “钻牛角尖” means that one is splitting hairs.

She is a person who likes to split hairs.

People all say that he likes to talk big.

Literally, “对牛弹琴” means “play the lute to a bull.”

Colloquially, “对牛弹琴” means that it is useless for one to talk professionally with someone outside his profession.

It is useless to lecture Edward on math.

Colloquially, “九牛一毛” has the same meaning as “a drop in the bucket.”

To a billionaire, one million is only a drop in the bucket.

“鸡”(jī, chicken) is a highly domesticated animal. Chickens can lay eggs, and they comprise a large part of humanity’s meat consumption. For the ancient Chinese, chickens, unlike cattle and sheep, are not only a food source but also a crucial part of their lives. There are also many words, expressions, and idioms in the Chinese language that reflect the close relations between chickens and people’s daily lives. 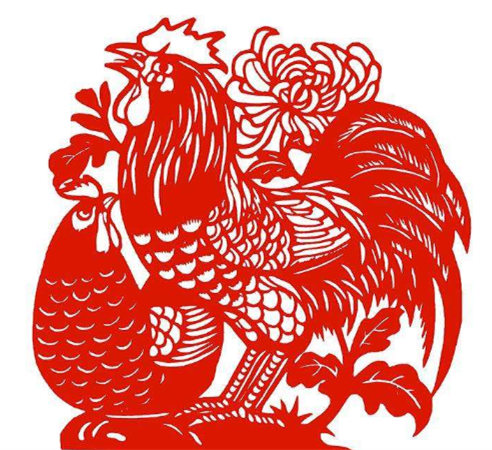 Here are a few examples:

Literally, “鸡飞蛋打” means “the hen flies away, and eggs are broken.”

Don’t push them too hard; you don’t want to suffer a dead loss.

Literally, “鸡犬不宁” means “even chickens and dogs do not have peace.”

Several bandits are causing great turmoil in this small town.

Don’t think too much about the trivialities in your life.

Literally, “鸡蛋里挑骨头” means “look for a bone in an egg.”

Colloquially, “鸡蛋里挑骨头” means that someone tries to look for a flaw where there’s none to be found.

Toby’s supervisor loves to look for a flaw where there’s none to be found.

Like the Chinese words derived from plants that I have introduced before, the words above are only several common examples of animal-related words in the Chinese language. These words represent ancient Chinese people’s understanding of and attitude to the features of the animals that they were very familiar with. If you are currently learning Chinese, these words will help you better understand the Chinese culture and language.

Tina majored in Chinese literature and graduated from Beijing normal university. At present, she is an experienced Chinese language teacher at CCHATTY. She has been teaching the Chinese language to foreigners for 15 years. Her students come from all over the world including Korea, Japan, India, Malaysia, Italy, and so on. She can teach a variety of lessons, such as Spoken Chinese, Chinese Grammar, Junior High Chinese, HSK, and TSC. She also has experience in teaching Chinese to Korean companies. Learn Chinese online with Tina.