There is an abundance of wonderful Chinese learning blogs and articles on the Internet. Sometimes it is just impossible to filter through every single one. Don’t you wish you had someone to do it for you? Of course you do, and luckily for you, DigMandarin is always ready to oblige you. Here is our selection for best articles in the month of July.

For those of you who solely rely on the few words that you do recognize: pork (猪肉), fish (鱼), chicken(鸡), rice (饭), noodles(面) to order in a Chinese restaurant, here`s a list of 15 dismsum dishes that can help you save yourself from an embarrassing situation: 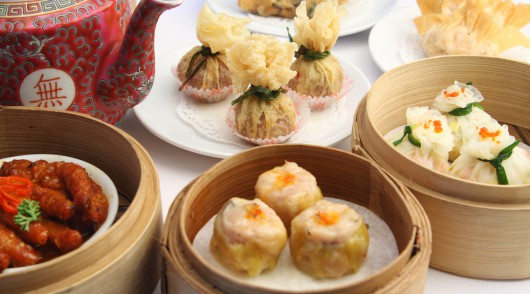 2. Language learning with a Chinese girlfriend or boyfriend

Argument of the author:
People somehow think that having a Chinese girlfriend or boyfriend means that you’ll learn the language by magic.

This is just wrong. You improve mostly because you practice a lot, not because of the nationality of your better half. Most people don’t fall in love because they want to learn a language, so they tend to use whatever language works best, not the language they are trying to learn.

Suggestions:
To equalise this relationship is by offering something in return.
Limit language learning to specific times. Don’t push it.
It’s hard to advanced level if you only rely on this way.
You can achieve your goal without a partner who speaks Chinese and there are two entirely different options available as well.

Many terms for family and relatives are used quite loosely in Chinese to show familiarity or politeness. The way it works for little kids in China is something like this:

A lot of 20-year-old girls have never really been called “ayi” before and they hate it. It feels like they’re being called OLD.

4. How to Address a Stranger in Chinese

Calling someone “qīn” is like calling them “dear,” and it’s short for “qīn ài de (亲爱的)”. By shortening it to just “qīn,” it becomes much more casual and personal, like something that would normally be used between people who are actually very familiar with and fond of each other.

One way that people in China often address women who they don’t know is “měi nǚ (美女)”. It means “beautiful woman” or “beautiful girl.” Any girl or woman can be called “mĕi nǚ” these days, and calling someone “měi nǚ” isn’t really a comment on her looks, despite the actual meaning of the word.

The same thing happens with males now too. Some people will call any random guy “shuài gē (帅哥)”, which means “handsome man,” with no regard for whether he is actually good-looking or not.

When used on its own, it’s often to either address someone formally or to call to women who work in the service industry, especially waitresses. And in some parts of China, “xiǎo jǐe” is a term used to refer to a prostitute.

This term means “madam” or “lady” and is generally used for women over 40 or so. It’s very polite, and often too polite for many settings.

This means “sir” or “mister” just like the English equivalents. But the word “xiān sheng” is just a bit stiff and mostly used in a polite situation, so not the best choice for a more casual interaction.

This means “comrade” and was commonly used in mainland China for a period, but hasn’t been used anymore for years. Actually, it’s now mostly used to refer to homosexuals.

We hope you enjoyed our selection of useful blogs for the month of July. Keep up the learning and remember that DigMandarin is here to help you find all the resources you could possibly need.