Chinese is a complex language because of its complex characters. We have collected some characters for you that are rare Chinese characters. These are described below:

This Chinese character is pronounced as biáng, is made up of 56 strokes, which for biángbiángmiàn (Biang Biang  Noodles: a type of noodles popular in China’s Shanxi province).

Biángbiáng noodles touted as one of the “ten strange wonders of Shanxi, are described as being like a belt, due to their thickness and length. The noodle is broad and hand-made and is topped with lots of red hot peppers for the cold winter in Shanxi. This noodle was a poor-man’s meal in the countryside, but has recently become popular in trendy restaurants due to its weird character name. 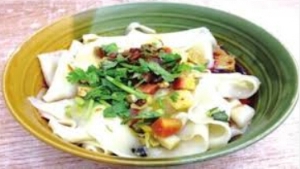 爨底下 (cuàn dǐ xia) is a village, located in the modern day Mentou District of Beijing .Known for its well preserved  Ming (1368-1644) and Qing dynasty (1644-1911) courtyard homes, is one of the best preserved in China. There  are about 500 courtyard houses with delicate gate piers as well as distinctive screen walls, along with the stone,  wood and brick carvings, reflecting typical ancient Chinese architecture.

The first character “爨” (cuàn) in this village’s name is one of the most stroke-intensive characters in the Chinese dictionary. At 30 strokes, it may leave you amused to know this hieroglyph simply means ‘the stove’ and the villagers named it ‘ cuàn dǐ xia ‘ with the implication being, of a shelter to keep away the severe cold as well as the scourge of war.

This character “爨” (cuàn) is rarely used today and has no simplified form. It is said to be the most complex and interesting associative-compound character.

馕 (Náng) 25 strokes, it is a Xinjiang-style bread of the Uighurs, a Moslem Chinese ethnic minority, in China’s northwest. 馕 (Náng) tastes best when it is straight out of the oven. 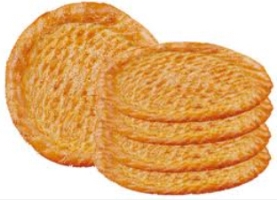 貔貅 (píxiū) is one of the best Feng Shui items to be placed at home or in the office to bring in and enhance fortune, ward off evil, prevent catastrophes and guard the place. It is also being carried on the body for personal protection and luck enhancement too. Many Fengshui masters know the effectiveness of the 貔貅 (píxiū), thus, they often advice their clients to place one at the home or office to enhance the luck and protect the premise. 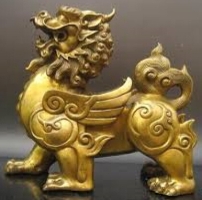 龖 (dá) has 32 strokes, the appearance of a dragon walking, This character is the same in both simplified and traditional script.it is not listed in the “Contemporary Chinese Dictionary”（现代汉语词典), though it is seldom used in real life, I should however add it here. 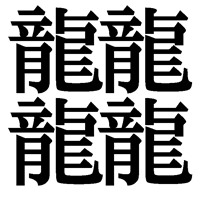 The Chinese character with most strokes is this one, 𪚥(zhé). This character has four same components and has up to 64 strokes. With so many strokes, what does this character mean? Well, it means to natter, pretty annoying!

Above are some of the rare Chinese characters in actual use, do you know anymore really rare ones?

Rita is a professional Mandarin teacher, has been teaching more than 8 years. She enjoys digging more about Chinese grammar and culture work and helping more learners. Now she is working at the one-on-one online Chinese school TouchChinese.