As we all know, Chinese uses characters as the basis of its written system. This aspect makes it quite different from most other languages. This characteristic has also become a barrier for westerners to learn Chinese. Some individuals decide not to learn the language at all because they think they could never master it. Others are brave enough to get started but decide to learn only to speak. Every year I get students who ask me the same question: “Should I learn characters?” So today we will talk about learning characters. Hopefully, it will help you to decide on a strategy!

Should I learn characters?

To answer this question, first ask yourself what your goal is.

1. If your goal is short term, i.e. a trip or greeting to your Chinese business partner, the answer is “NO”. Obviously you only need some survival phrases. It just isn’t worth it.

2. For a long term purpose, i.e. mastering the language or passing the HSK test, the answer is “YES”. You might think you don’t need to master the language 100% if you just plan to spend 1-2 years in China, so do you really need to learn characters? The answer is still “yes”. Despite what you might think, it will make your Chinese learning easier and not the other way around. A few reasons here:

1). You can’t survive in China without reading characters. Although we all learn pinyin, you seldom see anything written in pinyin in China. You can’t even recognize a sign without knowing characters. 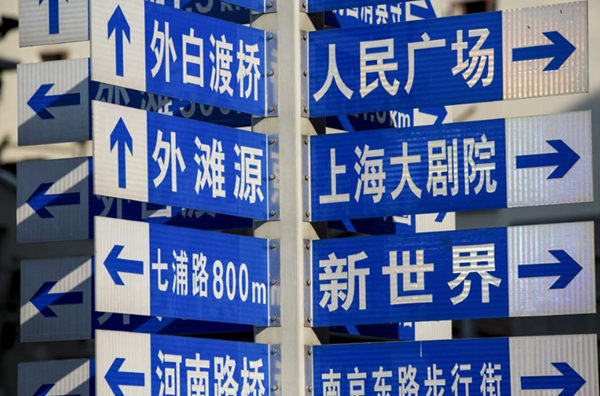 2). The spoken language is more confusing if you don’t know characters. 致癌(zhì’ái) and 治癌(zhì’ái)  are exactly the same in pinyin, but one means “to cause cancer” and the other means “to treat cancer”. The more words you learn, the more trouble you will have.

3). Understanding new words will be easier if you’ve studied the writing. If you know characters, you can guess the meaning of new words. For example, if you know “车chē” (vehicle, A1 level) and “马mǎ”(horse, A1 level), you can probably get “马车(mǎchē)” is “carriage”. If you only know pinyin, there are six characters marked as “mǎ”; it will be hard for you to figure out which one is relevant. As you see, you will be able to make out Chinese words when you are able to recognize the characters. So I suggest you learn characters from the very beginning!

How should I learn characters?

Now you make your decision. Writing characters is a bit like drawing a picture. Even Chinese kids need to learn for several years before they master it. You may be wondering, “How can I do it?” Don’t worry—we have tips here!

1. Learn rules and strokes for handwriting first. Although there are thousands of characters, there are only 4 main types of Chinese characters and only 8-40 (depending on how you count) strokes used to write these characters, and the order is rule based. For example: always write from left to right, from top to bottom, and from outside to inside.

3. Recognizing characters is much easier and more important than handwriting. Two reasons here:

1) Before you can write, you need to know how to read. That’s the same principle in language learning.

2) You can type characters if you can recognize them. Like this:

You only need to choose which one you want. Even Chinese people type characters more than they handwrite nowadays. This can save you a lot of time and energy.

Of course handwriting is still useful for memorizing what characters look like, so having a piece of paper and a pencil around is still a good idea. The tricky part is that you may have no idea if your characters are right or not without a Chinese teacher. This is where tools such as Skritter or HelloChinese and books such as Learning Chinese Characters come in handy.

After graduating from East China Normal University in 2005, Vera Zhang (张晓丽) started her career in teaching Chinese as a second language. Her first teaching job was teaching high school Chinese in Philippines and realized how much she loved this job. In 2007, she came back Shanghai and spent 7 years in ChinesePod. During that, she also went to America to learn language learning knowledge and curriculum editing by teaching in a high school. Now she works in a start-up company and has developed a new Chinese learning app-HelloChinese. She hopes she can share her knowledge in Chinese and make Chinese learning easy and fun.